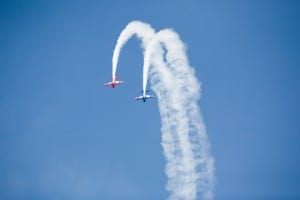 An initial draft proposal for reducing the federal deficit that suggests cuts to the mortgage interest deduction is thin on details and will likely change many times before its released in any final form, according to NAR.

The New York Times Wednesday published part of a leaked draft by the co-chairs of President Obama’s Deficit Reduction Commission; the commissions report wont be released until Dec. 1 at the earliest and will likely look very different from the leaked draft, NAR analysts say. Therefore, early reactions to the plan are pure conjecture, say NAR analysts. In a statement sent to association leaders late Wednesday, NAR said media reports that the commission has recommended reducing the mortgage interest deduction are false.

The White House itself said in a statement released Wednesday that the draft is “only a step in the process toward coming up with a set of recommendations.” The White House quote was included in a Nov. 11 report in the Washington Post.

Obama created the Deficit Reduction Commission earlier this year to recommend how the federal government can balance the budget by 2015, not counting interest on the national debt. The commission consists of 18 members, six members selected by the president and 12 members selected by Congress. The co-chairs, who released their initial thoughts yesterday, are retired Wyoming senator Alan Simpson and former Clinton chief of staff Erskine Bowles.

What the actual report will look like is impossible to know at this point, because 14 of the 18 members at a minimum must agree to the recommendations before the report can be released. Presuming commission members agree or all or parts of a plan, it would still have to work its way through congressional hearings before Congress would take any action. A reform of similar scope, the Tax Reform Act of 1986, was in the works for more than two years before it was signed into law, pointed out Linda Goold, NAR Director of Tax Policy.

One congressional leader who has made clear the initial draft proposal won’t fly if left unchanged is Rep. Nancy Pelosi (D-Calif.), who remains House Speaker until early 2011, when the new Congress convenes and the Republican members, now the majority party in the House, name their speaker. Among the proposals Pelosi calls “simply unacceptable” are changes to Social Security benefits.

For the real estate industry, any changes in incentives around home ownership, which have been around for generations, would raise considerable concern because of the core role of home ownership in fostering communities and social stability, and in building household wealth.

Reprinted from REALTOR® Magazine Online (http://www.realtor.org/realtormag) [November 11, 2010] with permission of the NATIONAL ASSOCIATION OF REALTORS®. Copyright 2010. All rights reserved.