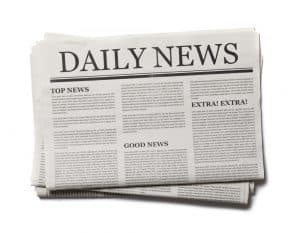 The Justice Department has just announced that BAC Home Loans Servicing LP, a subsidiary of Bank of America Corporation, and Saxon Mortgage Servicing Inc., a subsidiary of Morgan Stanley, will pay over $39 million for alleged violations of the Servicemembers Civil Relief Act (SCRA).

Under the same agreement, Bank of America agreed to provide information about its foreclosures from mid-2009 through the end of 2010. As a result of that review, Bank of America will now pay 155 service members upon whose homes it illegally foreclosed.

Under the second settlement, Saxon Mortgage Services Inc. is in the process of paying out over $2.5 million to 19 service members whose homes were unlawfully foreclosed upon between 2006 and 2010. Each service member will receive a minimum of $130,555.56, plus compensation for any equity lost with interest.

Bank of America is one of five mortgage servicers that entered into a settlement, known as the National Mortgage Settlement, with the Justice Department in 2012 regarding its foreclosure practices. Pursuant to the National Mortgage Settlement, the Justice Department is overseeing ongoing audits of the five largest mortgage servicers in the country (Wells Fargo, Bank of America, Citibank, JP Morgan Chase and Ally) to identify violations of the SCRAs foreclosure provisions between Jan. 1, 2006 and April 4, 2012 and its 6 percent interest rate cap provision between Jan. 1, 2008 and April 4, 2012.

For the foreclosure violations that took place in 2009 and 2010, the Justice Department is coordinating closely with the Office of the Comptroller and the Federal Reserve Board, which are conducting separate reviews of 12 mortgage servicers under the Independent Foreclosure Review process.