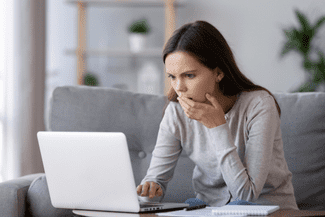 IRVINE, Calif. — Esther Jung was trying to sublet her UC Irvine-adjacent apartment when she heard from a potential renter.

“She sent me her ID which established some form of credibility,” Jung said.

Bakersfield’s Ralph Hunt was trying to rent an apartment in Utah.

“I started looking on Craigslist,” Hunt told our sister station in San Francisco, KGO-TV, “and I found a listing for what they called a basement unit.”

Both Jung and Hunt got taken in and taken advantage of. Jung’s fake renter even built a relationship.

“She told me about herself. She asked me to tell her about myself,” Jung said. “She seemed more interested in looking at the apartment.”

The “renter” sent Jung a check, then shortly thereafter asked for the money back. Jung checked and it appeared to have cleared the bank.

The conman setting up Hunt sent all kinds of paperwork: applications, leases — it looked so legit.

And that’s when the fake landlord just disappeared.

“I’ve heard so many bad stories about people being scammed,” Hunt said, “but I figured with Zelle being offered by my bank… the FDIC insurance would cover anything wrong.”

But his bank did not return his money and Jung’s bank didn’t either.

Both Hunt and Jung want you to know, once you send money with Zelle, it is very tough to get it back.

KGO-TV is reaching out to both banks and will have an update if they come through with refunds, but as reporter Michael Finney says refunds have been scattered at best.