With the supply of available for-sale housing in the Philadelphia suburbs at all-time lows, the suburban multifamily market is cruising.

Developers are trying to build as many new apartment buildings as local jurisdictions will allow all over the Philly area, and when properties in the region’s best submarkets are selling, they have been fetching historic prices. Even the new reality of rising federal interest rates could wind up being a boon to landlords due to its potential effects on the single-family housing market. 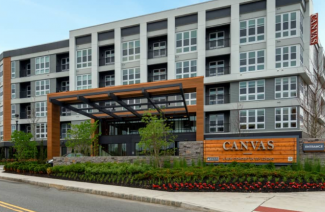 At the start of the year, multifamily vacancy outside Philly’s urban core was under 2%, according to a Marcus & Millichap annual market report. In South Jersey, vacancy plummeted from 12.6% in December 2020 to 1.5% a year later, Delta Associates found in its Q4 market report.

In February, the four counties that make up the western suburbs of Philly — Montgomery, Chester, Delaware and Bucks — all had just about half of a month’s worth of available housing supply, a 39% decrease from February 2021, the Philadelphia Business Journal reports. Kevin Gillen, senior research fellow at Drexel University’s Lindy Institute for Urban Innovation, told PBJ the supply shortage is “reaching implausible levels.”

While part of the crunch is due to construction delays caused first by the pandemic and then by the overwhelmed global supply chain, much is due to obstructionism by local homeowners, which has been observed as rising across the country but has been prevalent in Philly’s most affluent suburbs for decades. In the most coveted school districts, even eight-unit senior housing projects have been met with unprecedented vitriol in recent months.

In the few pockets of denser development, like King of Prussia, Bala Cynwyd and recently Exton, developers have had success in getting infill projects entitled. In 2020 and 2021, the suburbs accounted for more than half of the region’s multifamily deliveries, according to Marcus & Millichap’s report, though the city is projected to once again account for a majority of the region’s deliveries in 2022.

“Projects seem to be taking a little less time to get approved from my view,” Newmark Executive Managing Director Lizann McGowan said. “Developers may disagree with me because they may have worked on their projects for years.”

Since new construction apartments are all but guaranteed to ask for top-of-market rents, they tend to market to those with the resources to own a home but who decide to remain renters, multiple developers told Bisnow. One such property is Canvas in King of Prussia, a 231-unit complex restricted to renters over 55 years old developed by Bozzuto Development Co. that sold for $112.5M at the end of last year, setting a new record for per-unit pricing in the submarket, said McGowan, who brokered the sale along with her team of Erin Miller, Ryan Maconachy and Chad Lavender.

Canvas leased up slowly after opening a couple of years before the pandemic, but now that it has stabilized, its tenancy has been sticky, giving buyer Livingston Street Capital and its underwriters confidence in its long-term rent outlook, McGowan and Bozzuto Vice President Peter Sikora said.

“When people renting in new developments don’t renew, it’s in large part because they’ve either purchased a home or been transferred by their job,” McGowan said. “So with fewer homes available to purchase, that keeps them in their apartment longer than they planned to.”

The effects of a decrease in unit turnover have been compounded by another result of the current housing crisis. With rising interest rates making home financing more expensive and the supply of for-sale homes utterly failing to keep pace with demand, some homeowners have cashed in on the spike in value of their houses and moved into apartment buildings after selling, Sikora said.

Competition for single-family housing has also led to higher occupancy rates in properties below trophy-class, as entry-level homes for reasonable prices have all but vanished.

“We are one step in a resident’s journey to buy a home, and they’re waiting to see what happens with rates and home values,” said Christine Beechan, area vice president of operations for locally based multifamily giant Morgan Properties, which largely focuses on the acquisition of value-add, suburban apartment buildings.

Though Morgan has been one of the most active buyers of suburban portfolios in the country over the past three years, it has not purchased any properties in the Philly area since 2019, Beechan said. Bozzuto is focused on developing as much as it can while market conditions are this favorable, Sikora said.

“We’re just developing to try to capture demand from those who want to buy housing but can’t,” he said. “That valve will be released at some point when homebuilders are able to build more quickly. But long-term, we want to ensure the demand will be there, rather than just a wing and a prayer that the housing shortage will continue.”

Read more
5 Reasons Why Buying...
By Cheryl L. Sain, author of 10 Things You Need to Know About Land Learning how to properly and...
Read more
It’s Hurricane...
The Atlantic hurricane season puts at risk 19 states that border the Gulf and Atlantic coasts — about...
Read more
Key Takeaways from...
The White House hosted a first of its kind virtual Eviction Reform Summit in early August so here is a...
Read more
Rents fell in some...
Overall, median rent across the country’s 50 largest metropolitan areas grew last month, but the Los...
Read more
The Top Destinations...
Nearly 11% of all renters interested in moving out of state chose Texas. US renters are increasingly...
Read more
Landlords try to stop...
Ballots haven't even been printed yet, but already a group of landlords, apartment managers and...
Read more
Apartment Demand...
Renters leased 700,000 additional apartments last year, more than doubling the five-year average. They...
Read more
7 Reasons a Tenant Can...
Reasons to sue a landlord Landlord-tenant laws vary depending on where you live, says Samuel...