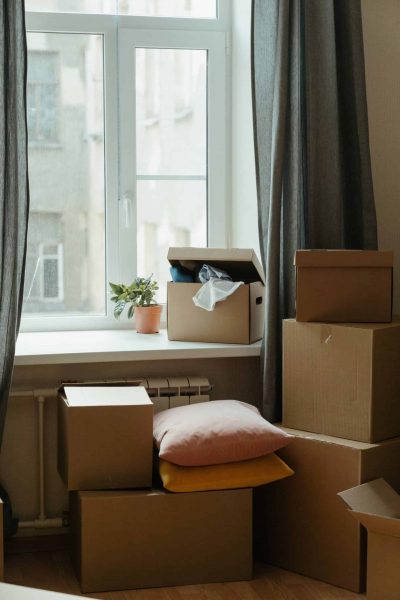 Even as a pandemic eviction moratorium shields many New Yorkers, the city’s housing agency has ejected scores of tenants from basement apartments and other unauthorized dwellings, records show.

Department of Housing Preservation and Development inspectors issued 95 vacate orders for illegal occupancy between March and October of this year.

Advocates say that the tenants living in an estimated tens of thousands of basement apartments represent some of the city’s most vulnerable residents. The tenants, many of them immigrants, often reside without a lease as they live in fear of being discovered by authorities.

They’re facing the same crisis as many during the pandemic, including lost income, health risks at work and precarious finances. But seeking help — for everything from dealing with hostile landlords to repairs — can lead to homelessness.

“Tenants have to choose between the harassment and the bad conditions or complaining and being thrown out by the city,” said Sateesh Nori, a housing attorney for Legal Aid in Queens.

A 47-year-old woman who lives in a basement apartment in Cambria Heights without a lease told THE CITY that her landlord threatened to evict her in March, at the beginning of the pandemic, but did not act on it.

The landlord recently notified her that her $750 monthly rent will rise by $300, citing rising heat and electricity costs.

She doesn’t know how she’ll be able to come up with the extra money, or find a new place. Prior to the pandemic, she had hoped to move but abandoned the search.

“I packed to move and then COVID came. Now I’m in a bind here,” said the Queens resident, a freelance writing consultant who wished to remain anonymous.

“I don’t want to be caught in a situation to move into a worse situation.”

A spokesperson for HPD, Jeremy House, told THE CITY that removing tenants from basement apartments and other illegal dwellings is done as a last resort.

“These represent extreme circumstance and are issued at the urgency of the household’s safety and well-being,” he said.

The number of vacate orders was even higher during the same March through October period in 2019, with 156 orders issued in that period, according to HPD data.

Some tenants have become homeless after their basement apartments were exposed.

Carol, 63, of Queens, lives in a homeless shelter after a Housing Court decision issued last summer determined that her previous apartment was an illegal dwelling.

Following a car accident in May 2019, she was hospitalized. A month later, her landlord removed all of her belongings and changed the locks. She then resided in a rehab facility for nearly a year.

She left the rehab facility this past May, during the pandemic, and was homeless. Suing her landlord in June didn’t restore her to her previous home, because she was living in what the city deemed an illegal boiler room.

“Honestly, I didn’t want to return there,” said Carol, who asked that her last name not be published.

“I was afraid they would do the same thing over and over,” she said of her landlord. “I’m still staying at the shelter, trying to get permanent housing. It’s hard. It’s very hard.”

Groups advocating to legalize more basement living quarters where it can be done safely estimate — based on a tally of housing units unaccounted for by the 2000 Census — that more than 114,000 New Yorkers live in such apartments.

Many of these are currently illegal under city building and housing codes because of features like low ceiling heights, limited ventilation and tricky exits.

For a subterranean apartment to potentially qualify as a legal living space approved by the Department of Buildings, more than half of its height must be above curb level.

In an effort to help more tenants live safely and legally in basement dwellings — while also bringing in income for homeowners — last year HPD and other city agencies launched a pilot program in East New York and Cypress Hills.

Its goal: to work with property owners to legalize 40 basement apartments in one- to three-family homes.

In announcing the effort in March 2019, Mayor Bill de Blasio said in a statement that too many of the city’s basement apartments are “illegal and unsafe” and that the effort would help New Yorkers convert their basements into safe and affordable homes.

The city allocated $11.7 million for the three-year program, which would subsidize low- or no- interest loans of up to $120,000 each for homeowners seeking to bring basements up to code, while guiding them throughout the construction process.

Advocacy groups that had been pressing for such an effort for more than a decade celebrated the program, hoping that it would expand to other boroughs and provide thousands of additional apartments across the city.

But that was before COVID and cuts to local government spending. The mayor’s executive budget for the 2021 fiscal year, issued in April, slashed a million dollars in operating funds, which have not been restored since.

Nonprofit partner organizations working on the effort, including Cypress Hills LDC and Chhaya CDC, said in an open letter signed by dozens of other housing and community development groups that the reductions left the program with just $91,000 for the year. That reduced the goal of assisting 40 homeowners down to just nine already approved.

The city remains “committed to the basement pilot as an important tool for unlocking more affordable housing, and are excited to move forward with nine qualifying homeowners,” said House.

He said that despite the program cuts, funding for loans remains to support the nine approved applicants.

The pilot program’s interruption comes at a time when tenant advocates say they’re hearing residents of basement apartments are facing greater pressure from their landlords.

“If it wasn’t obvious basements needed a pathway to legalization before, now we’re seeing that having no legal protections makes you exponentially more vulnerable during a pandemic like this,” said Will Spisak, of Chhaya Community Development Corporation.

“We still haven’t figured out how we move forward with the little bit of money left in the budget.”