The settlement concludes a lawsuit filed against Equity Residential Management by D.C. Attorney General Karl Racine in 2017, alleging that the company purposefully lied to tenants of the 3003 Van Ness, a rent-controlled apartment building, during lease signings. 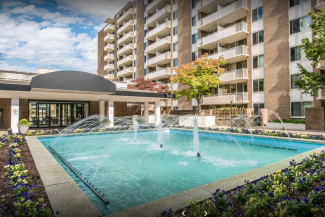 According to the suit, Equity would advertise a monthly rent price with a hidden discount that would not be disclosed upon signing. Then, when it came time to renew the lease, the company would inform tenants that their rent was going up concurrent with the price set in the lease, rather than based off the “discounted” rate that was advertised to tenants upon signing. This resulted in tenants seeing a sometimes thousand-dollar rent increase, even though they entered into a lease agreement expecting stable rent.

“Residents were forced to choose between paying an unaffordable, unpredictable amount in rent, or leaving their homes,” Racine wrote in the statement announcing the settlement on Tuesday. “We will continue to hold accountable landlords that prey on residents’ need to find affordable housing.”

Harry Gural, president of the building’s  tenants association, has lived at 3003 Van Ness since 2010. He and other tenants brought the case to Racine’s desk in 2016, after trying and failing to get the attention of other city agencies. According to Gural, starting around 2013, residents started reporting extremely high rent increases — ranging from a $500 to $1,500 increase. In a rent-controlled building like 3003 Van Ness, the maximum rent increase is 2% plus inflation, far lower than the hikes tenants were seeing.

“I knew the law, I knew that their rent increase cannot possibly be that big,” Gural tells DCist/WAMU. “We spent a lot of time going to city offices and talking to city officials and trying to put a stop to it and we’re not getting any help…so we finally went to the attorney general’s office.”

The case dragged on for several years, finally going to trial in 2020. In the meantime, Gural says residents were stuck; they debated moving out, and some were too intimidated to file complaints in small claims court out of a fear they’d be evicted. (Equity is a multi-billion dollar real estate company, and hired national law firm BakerHostetler to defend them before the city.)

Tenants “were scared to death about it,” Gural says.

Following a two-week long bench trial in December 2020, a judge in D.C. Superior Court found Equity guilty of violating the city’s Consumer Protection Procedures Act by failing to tell tenants the true, non-discounted rent price upon leasing. According to Racine’s statement on Tuesday, even when the company did provide more detail, the information was hard to find on its advertising material.

A court order dated October 2021 mandates that Equity pay out $985,122 to tenants harmed by the deception — an amount equal to the sum of what tenants were overcharged, plus application fees and interests. The company also owes roughly $1.01 million to the city to cover the costs of Racine’s lawsuit. (Court records show Equity submitted a motion to reconsider in November, but this was ultimately denied by a judge in January 2022.)

Racine’s office told DCist/WAMU that the city has already collected the full amount it’s owed, and is setting up a claims process for residents to be notified about receiving their money. The office waited to announce the remedies until they had made progress on establishing a claims system for 3003 Van Ness residents.

“My email is exploding with people who want to know how they’re going to be reimbursed,” Gural says. “People were traumatized.”