Home·Uncategorized·Revealed – how many renters owe their landlords back rent

Revealed – how many renters owe their landlords back rent 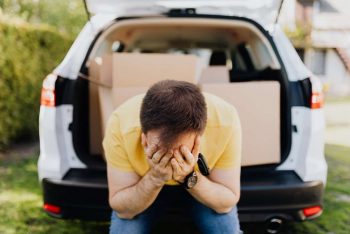 Newly released survey data from rental search platform ApartmentList shows a shocking 28% of renters started 2021 with unpaid rent bills from previous months. This “rent debt,” according to the survey, is especially concentrated among younger renters and people of color. While rent debt improved marginally from October of 2020, recent downturns in employment might point to a worsening situation for renters and a lack of cashflow for landlords.

While such a high percentage of people owing back rent does pose some risk to the multifamily space, Chris Salviati, housing economist at Apartment List, believes that the damage might not be as bad as it appears on the surface. He cited the dramatic lengths renters have gone to in order to stay as current as possible and noted that some of Biden’s promised stimulus package could help erase some of these debts. He explained that for mortgage professionals working in the space, this rent debt represents an opportunity to find accommodative solutions that work for landlords and tenants in the long-term.

“When we look at the amount of rent that folks owe it isn’t necessarily huge sums,” Salviati said. “The overall figure there was that 28% of respondents to our survey said that they were behind on their rent, but more than half of those said that they owe $1,000 or less, and it was only 2.4% of the of the overall sample that said that they owed $5,000 or more. And so, it does seem that most people are trying to keep up with their rent.

“It doesn’t seem to be the case that because these moratoriums are in place, folks are just kind of sitting around skipping their rent checks altogether. I think there is an awareness that that these eviction moratoriums aren’t the same thing as rent forgiveness, and that once they expire whatever rent you accumulated, is still going to be owed to your landlord, and you will still be subject to eviction at that point.”

Stimulus could be a particularly effective tool in addressing this “rent debt,” Salviati explained, as data from ApartmentList shows that in prior rounds of stimulus, people used the windfall to get or stay current on their rent. The likelihood of significant stimulus, as well as some of the dramatic steps people have already taken to stay current on rent, is part of why Salviati believes this won’t structurally damage the multifamily space.

The concentration of rent debt in communities of color and younger people, however, points to some deeper structural issues in the US economy, according to Salviati. He noted that this is one of the many economic fault lines that have been exposed and exacerbated by the pandemic, as most of the people owing rent debt work jobs that can’t be done remotely and have been much more likely to lose income due to lockdowns and suppressions in economic activity.

In Salviati’s opinion, mortgage professionals shouldn’t greet this news as a sign of structural damage done by eviction moratoriums. With the economy and rental market being what it is at the moment, Salviati noted that an eviction might not actually solve the problem. He believes that mortgage pros should look at this as an opportunity to help both tenants and landlords get back on their feet by providing financing solutions and accommodative agreements that will help every stakeholder get through this particularly rough patch for so many Americans.

“A lot of folks in our survey are telling us that they are really doing everything they can to be able to pay their rent. They’re making pretty extreme financial sacrifices,” Salviati said. “From an industry perspective it’s important to keep that in mind and to be able to work with tenants and landlords to try to come to an arrangement.”

Read more
Climate Change Could...
You’ve always paid your homeowners insurance bill on time and never even filed a claim. So why did...
Read more
The Real-Estate Game Is...
Supply-chain issues and resulting inflation may soon prompt rate hikes from the Federal Reserve....
Read more
Should You Become a...
While the flexibility and cash flow are attractive, there are many things to consider before jumping in...
Read more
Apartment Owners Lean...
From green rooftops to energy reporting software, technology is playing a starring role in helping...
Read more
Manhattan Landlord...
An Upper Manhattan property owner who lied about apartment improvements and made up fake tenants has...
Read more
Add Authenticity With...
We can add authenticity to our leasing presentation when we include resident testimonials.  In...
Read more
A Deep Dive into...
Multifamily experts on what this issue means for the industry's future. As rent control and rent...
Read more
What Is a Section 1031...
Whether you’re just dipping your toes into the real estate investment world or a seasoned investment...