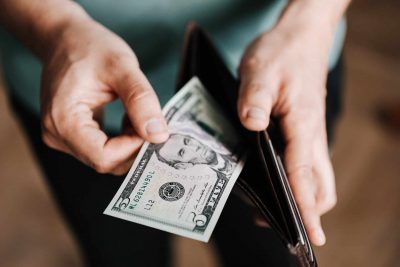 ALBANY, N.Y. (WRGB) — As the state’s newest eviction ban brought much needed relief to tenants facing financial hardship due to the pandemic, it has left some mom-and-pop landlords wondering where they will get the money to pay their bills.

“We received relief for landlords $9 million dollars and got the check on Friday,” said McCoy during Sunday’s COVID-19 briefing.

McCoy said the county applied for this funding from the U.S. Treasury, adding that any county or locality in the state with a population of at least 200,000 could have applied for it.

According to the county executive, the funding will be run through the county’s Department of Social Services.

“It’s going to pay back up to 12 months of back rent and three months of future rent going forward,” said McCoy.

While McCoy says he doesn’t know all the details yet, some eligibility requirements he mentioned include anyone unemployed for 90 days or longer and those below the 80-percent median income.

“But, however, I want to point out however we are going to concentrate in Albany County people that fall below the 50-percent area of median income,” said McCoy.

“But again this is not for public housing tenants or mortgage payments people, that have fallen back on their mortgage, this is just for landlords,” said McCoy.

Deborah Pusatere, a local landlord and President of the New York Capital Region Apartments Association (NYCRAA), says this is great news, but she hopes this funding will go to landlords who need it most.

Pusatere says she has had to take out a few loans in order to pay her bills, including taxes, mortgage, water and sewer. Having exhausted all her options, she says she hopes this relief rolls out soon.

“I have another chunk of taxes that are due in two weeks and I don’t have the money to pay for it and I don’t know where I am going to get it,” said Pusatere.

County officials say more details surrounding this relief will be announced in the near future.

The next step is for the county legislature to bring this funding to the Audit and Finance committee to get voted on in the coming days.

CBS6 checked in with Saratoga County, who has a population more than 200,000, to see if they also applied for this federal relief, but we’re still waiting to hear back.