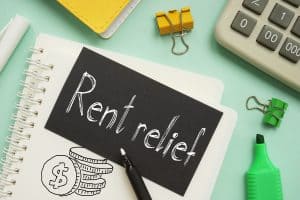 A measure moving through the U.S. House of Representatives would allow landlords to apply without tenant approval for federal aid to cover back rent they are owed.

The bill also would use best practices from states and programs that have successfully curbed evictions to set a national standard for how applications for the federal aid are processed. That would force states to follow U.S. Treasury Department recommendations that some programs have ignored, such as the use of alternative documents to prove income and eligibility.

The main purpose of the bill, supporters say, is to speed up payments from the federal Emergency Rental Assistance Program, which has handed out only 11% of the available funds in six months of operation.

“There is no question that the funds are not reaching landlords and renters quickly or widely enough,” said U.S. Rep. Maxine Waters, a California Democrat, in a news release. Waters sponsored the bill and is chair of the House Financial Services Committee, which approved the measure earlier this week.

She said the U.S. Supreme Court’s decision last month to allow the eviction moratorium put in place by the federal Centers for Disease and Control and Prevention to expire has increased the urgency of her measure.

Rep. Warren Davidson, a Republican of Ohio, said the passage of the bill would be government overreach and detrimental to the free market.

“To restore economic and social harmony the state must return to its proper role, which means that people must accept responsibility for their own actions and respect the liberty and property of others,” Davidson said during the committee hearing.

There are no GOP sponsors of the bill, which passed the committee 28 to 22 on partisan lines. The legislation has not been introduced in the Senate.

In the second half of August, 3.6 million renters said they would likely be evicted in the next two months, according to the U.S. Census Bureau. More than 6 million households owed some $16.8 billion in rent debt, according to census survey data from early August analyzed by the National Equity Atlas, a data and policy tool maintained by the University of Southern California Equity Research Institute and the research firm PolicyLink.

Of the tenants behind on rent, 66% are people of color, 84% have low incomes and 51% are households with children, according to the atlas.

Congress allocated $25 billion under the first Emergency Rental Assistance program in December. A second program was established by the American Rescue Plan Act on March 11, which allocated an additional $21.55 billion.

Just $7.75 billion of the first ERA program has been spent or obligated, according to U.S. Treasury Department data analyzed by the National Low Income Housing Coalition, a tenant advocacy group based in Washington, D.C. Some programs in Connecticut, the District of Columbia, Illinois, New Jersey, Texas and Virginia have spent more than half of their first ERA funds.

Earlier this month, Diane Yentel, president of the coalition, told members of the Financial Services Committee that there are proven ways for programs to expedite relief, including hiring more staff, doing robust outreach, simplifying applications, allowing the use of alternative documents for applications and directly providing assistance to tenants.

“The best programs are already doing this,” Yentel said. “Those that aren’t should course-correct as Texas, California, New York and Connecticut have done and as South Carolina and Arkansas announced recently they will do. For those that don’t, both the Biden administration and Congress should require these improvements.”

Shortly after the Supreme Court’s ruling, the Biden administration wrote a letter encouraging state and local officials to issue their own moratoriums and pause evictions while rental assistance applications are processed.

At least two states have heeded Biden’s call to extend or reinstate renter protections, including Louisiana and New York.

But critics say eviction moratoriums are not the best way to keep people facing eviction in their homes.

The National Apartment Association has long held that the CDC’s eviction moratorium is unlawful and a detriment to the future of affordable housing because millions of renters are being left with debt.

“Though the moratorium is lifted, it is important to remember that billions in debt remain on renters’ records and housing providers’ shoulders,” wrote Bob Pinnegar, president of the association, in an email to Stateline. “It’s past time to focus on the most sustainable path forward of full rental assistance funding and streamlined distribution.”

Property owners argue that some renters are unresponsive and do not apply for assistance even when landlords offer to help, according to Greg Brown, the association’s senior vice president of government affairs.

“It’s not as though we can just go apply for the assistance and then put it towards someone’s unit without their consent,” Brown said. “It’s got to be a partnership to make this work and when people don’t communicate, you don’t have a lot of options.”

Across the country, 65% of tenants who owe back rent have not applied for rental assistance. Of those who have applied, 4% have received assistance, 12% have been denied and 22% are still waiting, according to the National Equity Atlas.

Roselina D’Annucci, a New York bankruptcy attorney and municipal court judge, said the best way to curb evictions is by providing both public information and easier access to assistance.

“Not everyone can use the programs online, I have a lot of clients that don’t know how to sign in, they have to have their grandchildren or children help them,” D’Annucci said. “And it was just such a slow rollout, people were waiting months and months just to hear back on their application process. It should be a smoother process and hopefully with the bill we will see that.”

The previous state moratorium was partially struck down by the U.S. Supreme Court in August because landlords could not challenge a COVID-19 hardship affidavit submitted by tenants. This prevented property owners from evicting tenants who might have been ineligible for the rental assistance program, D’Annucci said.

In its challenge to New York’s new eviction moratorium, the association asserts that it is still too easy for tenants to claim a pandemic-related hardship without providing proof.

“The tenant merely checks a box—without specifying what kind or type of hardship he or she claims, and without providing any documentation of the hardship—thereby blocking the filing or prosecution of eviction lawsuits and the issuance of eviction warrants,” the association argues.

U.S. Rep. Waters’ measure includes a similar “self-attestation” standard, largely to speed up the processing of applications for rental assistance.