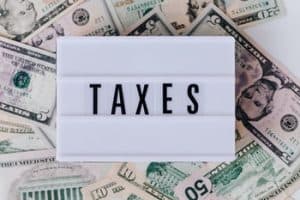 Nothing is certain but death and taxes, and property taxes are no exception.

For a year and a half, New York City landlords have complained that eviction bans would leave them hard-pressed to pay their bills. Without rental revenue, property owners forewarned, they wouldn’t have the income to afford property tax payments, and without those payments, the city’s finances would suffer.

Recent figures suggest they weren’t entirely bluffing, but the impact on the city has, to this point, been minimal.

Data produced by the comptroller’s office show the preliminary delinquency rate across all city properties averaged 2.1 percent for fiscal year 2021, which wrapped at the end of June.

That’s a few ticks higher than the 1.93 percent calculated for fiscal 2020, which ended three months into the pandemic. For fiscal 2019, it was 1.69 percent.

In February, Comptroller Scott Stringer predicted that missed payments were on track to exceed rates not seen since 2011, in the aftermath of the Great Recession, when the city’s delinquency rate peaked at 2.17.

While falling short of Stringer’s dire February prediction of 3 percent, a 2.1 percent delinquency rate is close to that ten-year peak. But it’s still relatively small potatoes for the city.

Property taxes account for nearly one-third of the city’s revenue; if that 2.1 percent rate holds — the comptroller’s office said it could dip once late payments are credited — the city will stand to lose less than one percent of its annual intake.

“People had been expecting much bigger jumps in delinquencies, given the news about residential and commercial tenants not paying rent,” said George Sweeting, deputy director for the city’s Independent Budget Office. “Part of the story there is that landlords found ways to keep up with their property tax payments.”

Among owners of one-, two- and three-family homes — some of them mom-and-pop landlords — data collected by IBO found delinquency rates at 4.25 percent, higher than the citywide average, but down from last year, when they stood at 4.42 percent.

Delinquency rates among multifamily owners rose slightly to 2.78 percent in 2021 but stayed below the city average calculated by IBO at 2.84 percent.

IBO’s data differs slightly from the city’s; Sweeting said the numbers are “different, but not that different.”

On a statewide level, researchers expect that property tax payments for 2021 will show a relatively healthy collection rate.

The real estate data firm CoreLogic found that while delinquency rates for New York are currently trending higher than in previous years — 10.1 percent in 2021 compared to 4.3 percent in 2020 — that figure should even out after all the state municipalities finalize their tax rolls. CoreLogic’s Kirk Randlett said he expects rates to settle near the national average of about 5 percent.

The hot housing market has had a hand in stabilizing delinquency rates.

What Miller Samuel president Jonathan Miller described earlier this month as “insatiable demand” for homes has brought an influx of buyers who are making mortgage payments and keeping up with taxes.

“Quite frankly, I think you’re seeing the strength of the economy,” said CoreLogic’s Randy Kozlowski, referring to the expectation that delinquencies will fall in line with previous years.

As of September, the number of city properties deemed at-risk of lien sale topped 11,000. That figure includes some rollover properties from 2020 when at-risk liens totaled over 3,000.

However, at-risk does not mean a property will be delinquent at year’s end.

“Lots of property owners will update their exemption forms or make the past due payments by December,” said Paula Segal, senior staff attorney at TakeRoot Justice, which provides legal and research services for grassroots movements.

The added payments will likely result in a smaller liens list when the sale, pushed off since the beginning of the pandemic, finally happens in mid-December. Liens sold in 2018 and 2019, for example, hovered around 3,000.

Taxed through the nose

Jerry Waxenberg, a longtime city landlord whose firm owns several thousand units, calculated a 40 percent increase in property taxes from 2016 to 2020. The city’s Rent Guidelines Board, he noted, has only increased rents by 4.25 percent for one-year leases within the same period. In 2016 and 2020, the board voted to freeze rents; in 2021, it settled on a six-month freeze, followed by a 1.5 percent hike.

At a virtual press event held by landlord group Small Property Owners of New York in May, multiple owners unmuted their microphones to criticize the discrepancy between low rental payments, given the eviction moratorium, and rising property taxes. Justin Fong, a third-generation owner, said he’d seen his taxes rise 65 percent in the last five years.

It’s possible next year could bring a harder hit to collections.

The city’s property assessment for fiscal year 2022, which kicked off July 1, anticipates a 5 percent decrease in taxable assessed value across all buildings. Multifamily is expected to see a 1.2 percent dip.

For owners of large buildings, the lower rates will provide some relief, but offsetting that break is a 3.56 percent raise on the assessed tax value of one-to-three-family homes.

With the state’s eviction moratorium now stretched until January and rent increases frozen through the spring of 2022, mom-and-pop owners say they’re between a rock and a hard place.

“I just got an assessment from the city and the city is raising my property taxes yet again, but not allowing me to make the appropriate money to pay the property taxes,” said Fong last spring. “I don’t know how much longer I can hold out.”