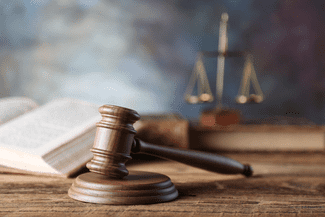 An unregulated short-term rental market has been proven to drive up the cost of big-city housing, but a new study shows that restrictions targeted at Airbnb have a chilling effect on residential development.

The paper, titled “The Effect of Short-Term Rentals on Residential Investment” and co-authored by researchers from real estate data firm Cherre, McGill University, the University of Southern California and Cal State University, Fullerton, was published in Harvard Business Review Wednesday.

The researchers found that in 15 U.S. cities that have passed laws restricting short-term rentals, including New York City, Los Angeles, Boston, Denver and Austin, new residential permits fell in correlation to new Airbnb listings. Property values have lost roughly $3B annually across those markets, the researchers found, leading to $40M a year in lost tax revenue.

Before restrictive legislation, a 1% increase in Airbnb listings led to nearly a 0.8% increase in residential development permits across 15 cities, the study found. But when regulations were put in place, listings fell 21% and permits fell 10%.

The regulations in cities around the country, aimed at curbing STRs’ effects of reduced housing supply and higher rents and home prices amid an affordability crisis, did push the cost of housing down, but cut city revenue and economic development in the process.

“This is not to suggest that unregulated growth is the answer,” the researchers wrote in HBR. “But our research illustrates that with the right policy approach, STRs can be leveraged as a tool to encourage local real estate development and economic growth.”

The authors noted that housing affordability is a key factor to consider in writing future restrictions, as is the community investment that would come from bolstering revenues.

“Rather than enforcing blanket restrictions that hinder growth, we recommend creating targeted policies that meet local needs,” the researchers wrote. “As development spurs growth, policies could be implemented that would set aside a portion of the resulting increased tax revenue to fund affordable housing for local residents. Similarly, to address gentrification concerns, the total amount of space available for STR use could be capped at a percentage of available housing capacity, thus encouraging the development of long-term housing alongside STRs.”