Chicago has one of nation’s highest foreclosure rates 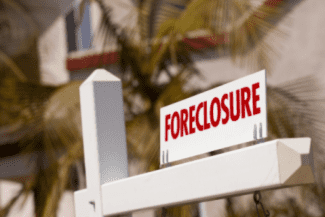 Chicago had one of the nation’s highest foreclosure rates in the first half of 2022 as the end of moratoriums pushed the numbers back toward pre-pandemic levels.

Some 0.30 percent of the city’s housing units had foreclosure filings, compared with the national rate of 0.12 percent, according to a midyear report from Attom Data Solutions that analyzed more than 200 major metro areas.

Cleveland, Ohio, topped the list with a foreclosure rate of 0.4 percent, and Atlantic City, New Jersey, and Jacksonville, North Carolina, were close behind with 0.33 percent and 0.31 percent respectively.

The data represents a slow, steady climb of foreclosures back to pre-pandemic levels, Rick Sharga, executive vice president of market intelligence at Attom, said in a statement.

“While overall foreclosure activity is still running significantly below historic averages, the dramatic increase in foreclosure starts suggests that we may be back to normal levels by sometime in early 2023,” he said.

The foreclosures were frequently on loans that were already in foreclosure or were more than 120 days delinquent before the pandemic.

“Many of these loans were protected by the government’s foreclosure moratorium, or they would have already been foreclosed on two years ago,” he said. “There’s very little delinquency or default activity that’s truly new in the numbers we’re tracking,” he said.

By state, Illinois had the highest foreclosure rate, at more than a quarter of a percent of housing units. Close behind were New Jersey, at 0.24 percent, Ohio at 0.21 percent, Delaware at 0.2 percent and South Carolina at 0.19 percent.