Parking spaces, storage closets and even laundry rooms are being transformed into apartments in Los Angeles as residential investors look for creative ways to take advantage of a changed state law to maximize value in existing buildings amid a severe housing shortage. 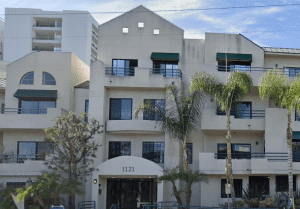 Los Angeles developer LaTerra Development is the latest to take a creative approach to adding units, revealing plans on Dec. 1 to build 10 additional dwelling units, or ADUs, in an existing apartment complex at 1121 N. La Cienega Blvd. steps away from the iconic Sunset Strip in West Hollywood. As part of the renovation of the 42-unit property, the developer plans to convert the laundry room and some storage spaces into apartments, making up for the loss by adding in-unit washers and dryers. La Terra’s ability to add the units comes as a result of the recent California law change to allow apartment owners to add at least one unit to an existing building and up to 25% of the existing building’s inventory if space allows, a move that has begun to factor into deal-making.

“It can make a good deal into a great deal,” he said. “All the savvy investors are trying to figure out how to add ADUs to properties.”

The strategy has developed as a result of the state’s reaction to a dire housing shortage, which in Los Angeles has resulted in sky-high rents and a worsening homelessness crisis. The region needs 500,000 affordable housing units, according to the California Housing Partnership’s “2021 Affordable Housing Needs Report.” Affordable housing typically is defined as housing that doesn’t cost more than 30% of a household’s income, though the definition can vary by location.

The shortage of housing comes at a cost: L.A.’s lack of affordable housing depresses the region’s gross domestic product by more than 2%, or roughly $18 billion to $22 billion, according to McKinsey’s “Affordable housing in Los Angeles: Delivering more — and doing it faster” report in November 2019.

It is a problem that has been felt statewide, and California took a step toward addressing it with the passage in October 2019 of Assembly Bill 68, a state law that opened the door for owners of both single-family and multifamily properties to build ADUs. That set off a rush by property owners wanting to add units, sending the number of permits jumping to 12,392 in 2020 from 8,957 in 2018, according to ADUCalifornia.org, a University of California, Berkeley, website that tracks ADU development in the state.

“The cost to construct the ADUs is meaningfully less than if we were required to build ground up with additional parking,” LaTerra CEO Charlie Tourtellotte told CoStar News. The developer bought the Terraces at La Cienega, built in 1990, for $29.2 million, or about $695,000 a unit, from Caldale Terraces LLC, according to CoStar data. Tourtellotte did not say what the additional units would cost to add to the building, but he did say they would be of similar size and finish to the existing units and would feature windows and balconies.

The interest in adding units to existing complexes is expected to continue for some time. Apartment industry groups such as the Apartment Association of Greater Los Angeles have seen an uptick in attendees, usually hundreds of people, in webinars discussing ADUs, said the group’s executive director, Daniel Yukelson.

“They have to man their phones after each webinar,” Yukelson said of vendors who make presentations on the topic.

LaTerra aims to start construction on the renovations and additional units in first-quarter 2022. The work is expected to take two years.