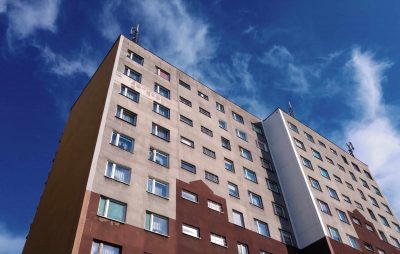 As President-elect Joe Biden prepares to enter the White House, he and his administration are weighing a number of economic measures to take in the initial days and weeks. Among these, according to a report in the New York Times, is an extension on the moratoriums on evictions and foreclosures.

This should not come as a surprise to observers. The US economy is showing signs of strain as Covid-19 infections surge. The Biden Administration is reportedly bracing for a double-dip recession as states put in place more restrictions. While there is reason to expect that the rollout of a vaccine will revive the economy next year, the short-term is likely to be rocky. Lifting the moratorium would send struggling renters behind on their bills into the streets.

The eviction moratorium was put into place in September by the Centers for Disease Control and Prevention, which used its quarantine authority to keep COVID-19 from spreading. The order is due to expire on Dec. 31, 2020 but can be extended.

The move was an unprecedented use of executive authority, and has been challenged by landlords and other parties.

One suit argues that federal agencies do not have powers to waive state laws and the CDC has encroached on private property rights with no legal authority.

As a result of the moratoriums, evictions are expected to be low this year, according to Jay Parsons, RealPage’s deputy chief economist and vice president of asset optimization. But there are many other factors besides the moratoriums that have kept these numbers down, he argues, including sympathetic property owners working overtime to accommodate distressed renters, and backed-up court systems.

Right now, property owners are taking on much of the burden, Parsons writes. “But that’s unsustainable, adding more risk for an already fragile U.S. economy. Additionally, the CDC’s national eviction ban is merely a bandaid. Rent is still due when the moratorium expires, and direct renter aid programs are needed to protect both renters and property owners.”