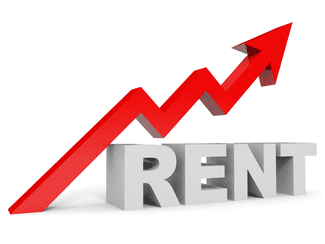 Soaring rents across the country have kept the outlook for multifamily owners bright, but they could soon become a double-edged sword as politicians sharpen their focus on housing affordability and are increasingly proposing regulations that would cap rent growth.

The cost of housing has been climbing, and it shows no signs of slowing. Nationally, the median rent for a one-bedroom apartment has reached an all-time high of $1,400, according to data from Zumper released Thursday. So far, rent growth this year is outpacing 2021 — the year that saw the highest annual increase in a generation, according to Zumper.

New York is still the priciest market in the country, with a median one-bedroom renting for roughly $3,200, but some individual markets have seen enormous jumps; the median one-bedroom apartment in Miami rents for 40% more today than it did last year.

Those increases, as well as the flood of investment into the sector, has meant owners and developers of multifamily property are generating huge returns. But governmental attempts to curb the housing crisis could mean major challenges to navigate lie ahead. Rent control measures, plus rising interest rates, ongoing labor shortages and the still-rising cost of materials, are all clouds looming over multifamily investors, industry insiders said this week at Bisnow’s Tri-State Multifamily Annual conference.

“How do you underwrite the fact that, with very little notice, the government can change the way you generate revenue?” said Joseph Shanley, who left SL Green in 2020 to found investment firm Haven Capital.

“I don’t think you have that problem in a lot of the Southern or Southeast regions where the government has less involvement, but in New York, D.C.,” he said. “All of a sudden, where you were underwriting being able to generate 10% year-over-year rent growth, it’s now 2%.”

In New York, sweeping rent reform in 2019 curtailed the way landlords could raise rents on rent-stabilized units and de-regulate them. The new laws rankled the real estate industry, and critics say it has driven capital from the city and slowed the production of new housing. Now, proposed new legislation that would give tenants the right to a lease renewal, known as the good cause eviction bill, is causing more angst among landlords.

Amid the rising cost of housing, rent control measures are now on the agenda across the country, with proposals circulating in more than 12 states, according to The Wall Street Journal.

In St. Paul, Minnesota, voters approved a ballot measure to limit annual rent increases to 3%, which the city is working to implement by May 1. Boston, Montclair, New Jersey, communities in Colorado and even some cities in Florida all are considering proposed legislation that would include some form of rent control or stabilization. How widespread the movement could become is unclear; rent control is banned in 37 states, Insider reports.

Meridian Capital Group Senior Managing Director Morris Betesh said investors in New York are not yet factoring in the possibility of good cause legislation into their strategies — there is a general sense that New York is a difficult place to do business, he said.

“There’s the continued bludgeoning of landlords, which is not helpful,” Betesh said. “[But] there’s better rhetoric from the mayor, and hopefully some of that rhetoric turns into improved policy.”

Many of the city’s pandemic tenant protection policies, like the extended eviction and foreclosure moratoriums, shifted the goal posts, he said, changing the dynamic between landlords and tenants. Tenant advocacy groups have been emboldened, staging rent strikes and eviction blockades.

“There’s definitely a change in tenant behavior that exists,” he said. “The rules of the game have changed, tenants don’t necessarily view rent payments the way they used to, and landlords’ remedies to deal with that are significantly impacted.”

“New York is eminently unaffordable and a lot of these other cities that were affordable — the Nashvilles, the Austins, Dallas — they’re not affordable either,” he said. “The government’s here to stay this topic, and I think it’s going to be really important to get be on top of that.” 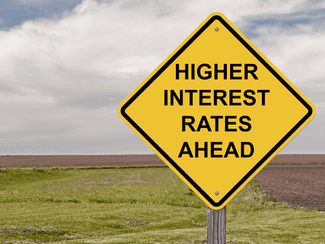 Regulation is far from the only challenge facing the multifamily market. The first of seven anticipated interest rate increases this year happened earlier this month, as the Federal Reserve attempts to rein in inflation, much of which is caused by spiking housing prices. The increase came in at 25 basis points, bringing the federal interest rate to one-half of 1%.

“When rates go up, prices go down, or offers go down and then sales slow,” Betesh said. “Not all deals are created equal, and there are going to be fewer deals that make sense, so I think you’re going to see transaction volume slow until rates stabilize or tick back down.”

He said he is working on several multifamily transactions where rents have grown significantly in recent years, which are tougher to sell and tougher to underwrite. Still, he said there are many “creative investors” looking at deals that would require significant investments and renovations.

But, panelists pointed to construction costs as a complicating factor too. Slate Property Group principal Martin Nussbaum said prices are moving so quickly that it can change planning in the space of a few months.

“We were going to buy a new development site, we bid on the project three months ago and then we repriced it recently and the prices are up 10% in three months, which is enormous,” he said. “I mean it’s just an enormous shift in cost, forgetting about the supply chain issues and the timeline that it takes to get there.”

He said it has become imperative to underwrite different costs in construction and renovation, though the positive remains that it is still possible to underwrite “aggressive” rent growth.

Raul Gutierrez, whose company ITALKRAFT provides kitchen, bathroom and closet cabinetry, said the company had been forced to lock shipping prices until the end of the year to avoid fluctuation in costs.

“It’s still three times what it was at a year ago, but it’s locked in,” he said. “Thank God rents are up … The developers will keep building.”