However, indicators suggest conditions are starting to moderate. 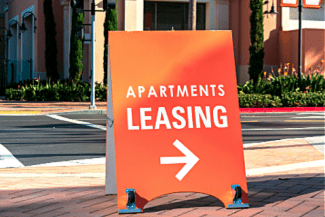 While multifamily rents are still growing and vacancies are limited, conditions are beginning to finally moderate, according to a new report from RealPage.

Renters who signed a new lease in June paid 19.2% more than the previous occupants of the same units—slightly above the previous high set in May. This could be the peak since it’s the first time this year where the trade-out rents didn’t increase substantially month over month. In addition, last month’s numbers were below those seen earlier in the year in 26 of the 50 largest metros.

The RealPage report also pointed to a similar trend among renewals. Those renters renewing their leases last month paid 11.2% more per month compared with their previous leases, which also was just slightly above May’s high.

Rent growth for both new leases and renewals continued to be most significant for Class A and B communities, which cater to higher-income renters; for Class C communities, rents were growing at a lesser pace.

While below the 5% to 6% levels that are considered balanced, the 3.7% vacancy rate inched up a 0.2 percentage point from June 2021—the first year-over-year vacancy increase in 14 months. RealPage also found a slight increase in the average number of days that units were vacant, moving up from an all-time low of 21 days in June 2021 to 22 days last month.

“Moderating demand and rent growth were widely expected, and it appears to be finally happening,” said Jay Parsons, head of economics and industry principals at RealPage. “The open question is whether the market is entering a true slowdown due to inflation or it’s stabilizing toward more sustainable, balanced levels. We tend to take the latter view.”

Parsons said the biggest factor behind rent growth in this cycle as well as the biggest question moving forward is renter wage growth. Renters who signed new leases last month had household incomes over $78,000, a 12.2% year-over-year increase.

“Incomes among market-rate apartment renters continued to climb substantially in June while leasing traffic remained brisk, and that’s a good sign for renters and for rental housing providers,” he added.

“The markets that have seen the biggest rent increases tend to be more volatile historically—and that impacts both the upside and the downside,” said RealPage director of research and analysis Carl Whitaker. “While we do not expect rent change to go negative in these markets any time soon, it wouldn’t be surprising to see many of them fall below the national averages.”

However, the report said several markets were still seeing strong rent growth in June. These were primarily markets in the Midwest and Northeast—such as Columbus, Ohio; Indianapolis; Northern New Jersey; Philadelphia; and Pittsburgh—where typically rent growth trails the national average.

According to RealPage, new apartment supply remains strong, with more than 857,000 units under way as of June. However, completions have been flat, with 337,902 units completed in the past 12 months. 2023 will be a different story, with over 527,000 units slated to complete construction.

“The rising cost of debt could slow down the number of starts moving forward,” said Whitaker. “But that would take a couple of years to impact the market. Highly elevated supply is a certainty at least through the first half of 2024.”