As new residents move into Sunbelt metros, existing residents are pushing back against new development. 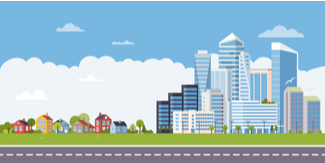 There is one demographic that isn’t thrilled with the population growth in the Sunbelt: the people that already live there. Population growth throughout the region has triggered new apartment development, particularly in the suburban markets, but many projects are getting stalled or altogether shut down during City Council approvals as residents push back against growth, with overcrowding in schools, increased traffic and building height among the top issues.

“People tend to view the South as being more business friendly and more builder friendly, but when you get to the suburbs, the NIMBYism is real. It is very challenging to get the approvals to build. In some cases, the further out you go, the more challenging it is,” Jeremy Katz, co-head of CP Capital, tells GlobeSt.com. “Those suburban communities tend to be opposed to multifamily construction.”

Over the last two years, many of the popular metros have experienced record rent growth, many with double-digit increases. According to Katz, it’s a model economic problem: more people means there is a need for more housing. Without new development, rents will continue to escalate. “Even today where you have some of these towns advocating for more housing and more affordable housing, when push comes to shove and it goes to City Council, everything can come to a grinding halt. Sometimes projects die altogether and sometimes projects get dragged out,” says Katz. “That serves as an artificial limiter on the amount of apartments that can get built, even though there is a need for them.”

The market was already behind on home development. Construction pipelines contracted after the Great Recession, and now population growth is putting more pressure on the already depleted stock of housing. “If you look at deliveries over the last few years, they have been record highs in some of these markets,” says Katz. “We are playing catch-up. From 2011 to 2016, there was a very small number of units delivered relative to the historical average, and that was due to the Great Financial Crisis.”

The problem is getting better. Katz says that City Council members in suburban markets are starting to understand the importance of new supply in housing affordability. “At least these towns are starting to get pointed in the right direction,” says Katz. “They are understanding that the pace of rent growth is related to the lack of supply, and the way to alleviate some of these issues is to create more supply. So, a lot of these towns are getting comfortable with that idea in concept.”

However, many City Council members are also concerned with appeasing constituents. “There is a disconnect between what they say and when an actual project comes up for approval. That is when things get bogged down,” adds Katz.