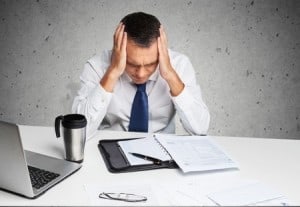 Hurricane Harvey tested the faith and perseverance of thousands of Houston homeowners, and it put an entirely new asset class of large institutional landlords to its first real test. Starwood Waypoint and American Homes 4 Rent collectively own about 6,000 single-family rental homes in the Houston area. Hundreds of them were damaged severely by the storm, and their tenants displaced.

“You have to prepare for everything,” said Charles Young, COO of Starwood Waypoint, standing in front of a Houston home that took in 4 feet of water. “You can’t imagine a storm like this, and it’s unique. It’s our first test.”

After the housing crash, institutional investors bought hundreds of thousands of single-family homes and turned them into lucrative rentals. They established management systems and national infrastructures to service thousands of individual renters. While some of the homes are concentrated in certain neighborhoods, the properties are spread across the city, and Houston is huge.

Starwood Waypoint, which is in the process of merging with Blackstone’s Invitation Homes, estimates about 140 of its homes in Houston were damaged, some very seriously. American Homes 4 Rent said 112 of its 3,200 homes sustained serious damage, and about half had at least some minor damage.

Finding the residents and assessing the damage had to happen quickly. For companies with so many properties, that might sound daunting, but apparently being bigger was better.

“We were able to use the scale of our platform, professionally managed across the country, and utilize our resources internally and externally to put together vendors. We put together a task force, we communicated, we used our technology and then we prepared,” said Young.

In some cases it was hard to find the renters, as they had evacuated. In others, the renters decided not to return. Both companies let those hardest hit out of their leases and returned security deposits. They also relocated some renters to other company properties.

“One of the benefits of the institutional single-family rental program is that we have an in-house maintenance team and a construction team, we’re in many cities across the country and have the ability to mobilize all those forces,” said David Singelyn, CEO of American Homes 4 Rent, which is based in California. “We planned prior to the hurricane hitting the city here in Houston. We were able to be in the city the second day with our crews and equipment that we sourced from other cities.”

Many of the homes had to be stripped to the studs and dried out. Starwood brought in about a dozen managers from out of state and already had a Houston-based staff of workers ready to begin the repairs. They also were able to bring in equipment from out of state, like fans and dehumidifiers. American Homes 4 Rent transferred drying equipment from Salt Lake City.

“Scale and technology makes an enormous difference,” said John Pearsall, a regional manager for Starwood Waypoint. “We’ve been able to attack the challenge of working with residents, from a relocation perspective to the actual demolition process to the production process in proportions that are geometrically far greater than we were able to do back in the early 2000s.”

Shonda Marie Lewis and her family had rented from American Homes for about nine months before the storm. She stayed as long as she could, but when the water rose to her waist, she evacuated. Within a day, she was getting calls and emails from her landlord.

“They were very organized, very professional, I received one call after the next, I couldn’t hardly keep up the names. They called me, they checked on us, they emailed us to make sure we were OK, even after hours,” said Lewis, who also described a company employee bringing them food and Gatorade to the house. She is now living in another company property that did not flood and intends to stay there.

Both companies have even more homes in Florida, but the damage there was quite different. Most of the work was cleaning up, not rebuilding homes from the inside.

As for lessons learned, both company executives said speed was key and improving technology would always be most important. And texting.

“We realized that text messaging is much more efficient when the home computers are down,” added Singelyn.