Home·Property Management·Aggressive Terms Are Back for Multifamily Debt Financing 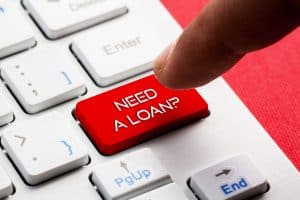 With the ever-expanding federal eviction moratorium, multifamily has had its share of problems during  the pandemic, even though the category has come through with minimal changes. Not all multifamily loans are well positioned for refinance and sales, but aggressive lending options are available for many borrowers, according to Joseph Landsberg, director of capital advisory, South Florida, for Franklin Street.

“With multifamily, we’d seen restrictions on loan to value,” Landsberg tells GlobeSt.com, with Freddie Mac and Fannie Mae looking for as much as a 12-month reserve during the pandemic. “In the recent weeks they have relaxed that guideline, meaning if your loan-to-value is in the 60% to 65% range, they’ll waive the reserve for lower leveraged deals.”

Clearly concern is beginning to relax while competition among lenders is starting to heat up. “In general, we are looking at rates in the low 3% range,” Landsberg says. “If you look at the whole spectrum of lending, multifamily is the most aggressive lending. I just had a regional lender who has reduced their rates by 10 basis points. For the first time I can ever recall, we are seeing rates in the high 2s for qualified multifamily loans in Broward and Palm Beach, Florida. That’s a real loosening.”

Landsberg says Franklin Street is seeing aggressive lending rates in other parts of the country, like California, New York, Georgia, and Texas. He sees a factor operating two ways, depending on the location.

“One is there’s a massive number of people moving into [some] states and the lenders want to be a funnel,” says Landsberg. There’s a big opportunity and lenders that can capture enough of the business may make a little less per loan but could more than make it up in volume. Then there are the states that are the departure points for so many. “Banks are trying to incentivize clients from going to other states.” In that case, the choice isn’t making up profit in volume, but trying to avoid losing a lot of profit because of a large drop in volume.

But how long will this run? Part of the answer has to do with pandemic stimulus. “Because [the government] injected trillions [into markets], the effect is significant, and it takes time to rebalance itself,” Landsberg says. If inflation grows higher for a few years, that could push the Fed to increase interest rates, making the lending scene more expensive. “It’s my prediction that as long as the economy and jobs show favorable, we’re on this very fine tipping point.” Walk the line, and conditions could be favorable for a while—perhaps to the fourth quarter of 2024.

In the meantime, Landsberg says borrowers can make themselves more competitive. Nine out of ten investments are longer term—eight to ten years—and he says they should take advantage of rates now, especially if the loan can be assumable.

“The majority of buyers is buying with debt,” Landsberg says. “You’re going to get much higher cash on cash rating.”

Relationships with banks make for the best rates, Landsberg adds. And that you judge on results. The lender from a couple of years ago may not be the top now. “If you have such a good relationship with this bank, they’d be offering you much better terms,” he says. “It’s not as strong as where it might be.” So, either directly or with help, see if there’s a better rate to be had.