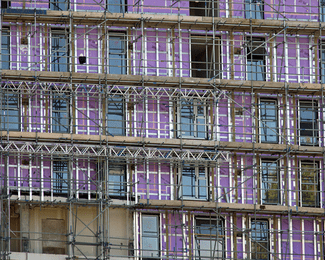 A perfect storm of market conditions—including a shortage of multifamily housing, high rents and downsizing offices—combined with a massive inventory of aging, underused buildings in America’s largest cities are expected to turbocharge adaptive reuse this year.

Apartment conversions doubled last year, to more than 20,000 units, with more than a third of the adaptive reuse projects involving old office buildings, according to data firm Yardi Matrix. The hottest markets for adaptive reuse were in Philadelphia, Washington DC, Cleveland and Chicago.

A new market for apartment conversion developed in Detroit last year, Yardi Matrix reported. Motown, which had no conversions in 2020, converted 874 units in 2021.

Hotel redevelopments have outpaced office building conversions during the pandemic as the hospitality industry collapsed, but that balance will likely shift as the pandemic ebbs, as more people start traveling while a significant portion of the workforce stays home.

With a massive surplus of outdated office buildings in some of the largest cities in the US and companies downsizing offices as up to a third of the workforce resists returning to offices, conditions are ripe for a steady stream of adaptive reuse projects this year.

According to JLL, more than three-quarters of the office space in New York, San Francisco and Chicago is more than 30 years old, while office occupancy rates remain low in major cities. As more and more companies are making remote work a permanent part of their corporate culture, they’re also downsizing offices and cutting their real estate costs.

In New York, the trend toward adaptive reuse of old buildings into apartments predated the pandemic, as several office buildings in lower Manhattan that were nearly a century old were converted into residential buildings in the financial district.

Adapting an old building into apartments rather than building new multifamily housing can be cost-effective, with renovations in some cases costing up to 40 percent less than new construction for the same number of units, according to a report in RentCafe, which has projected that more than 52,700 converted units are expected to become available this year.