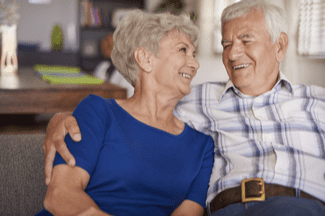 Although the seniors housing industry as a whole suffered big setbacks throughout the COVID-19 pandemic, hitting record-low occupancy rates across the board, one sub-segment was an exception to the rule.

“During COVID there were clear winners and losers in commercial real estate,” said Aron Will, vice chairman of debt and structured finance at CBRE, where he is also co-head of CBRE Senior Housing. “Industrial, life sciences, medical office and multifamily were very clear winners. But one asset class that’s been overlooked is active adult, as it was also a very clear winner.”

Although there is much discussion around how to define the active adult segment, generally it’s an age-restricted apartment community for physically healthy seniors who don’t yet need the services in independent living such as meal preparation, cleaning or assistance with activities of daily living.

Without temporary government regulations stopping move-ins to active adult communities, plus a younger, healthier resident than in independent living or assisted living, active adult communities thrived during the pandemic. Lease renewals were 80 percent, collections were close to 100 percent and the segment experienced “phenomenal rent growth,” according to Will.

For Welltower’s part, the reason the REIT began investing in active adult was the sector’s strong performance during the Global Financial Crisis. Despite being a very different type of recession, Menon said that the segment was still resistant to the affects.

“It’s been very stable. Assets that were full have stayed that way.”

Even outside a pandemic, active adult properties draw what Crowe calls a “stickier renter” who stays in an apartment longer than in general multifamily. Average resident stay is five to six years — and even longer in higher-end communities, said Crowe. Turnover industry-wide is only 20 percent compared to 50 percent in multifamily.

“Our residents really want to be with their peers,” said Crowe. “The No. 1 marketing term that triggers them to come look at our properties is ‘55 and older.’ They want to be in a quiet community with activities that cater toward their interests.”

The product itself is still evolving, added Crowe, noting that active adult could split into smaller sub-categories in the future. He described the industry as being in the “second inning of the evolution of the asset class.”

“In some markets they want housekeeping. In other markets they may want meals. Others may be more price sensitive and just want to be around their peers. I don’t think there’s any one right answer. It’s all about the demographics and psychographics of that micro-location.”

Other advantages that interested the panelists were the younger move-in age — older baby boomers are now in the early 70s target market — and a rent premium that can be charged over standard multifamily. Sparrow Partners targets a middle-income resident, but can still charge a 20 to 25 percent rent premium over market-rate apartments, said Patterson.

“Our prospective resident is someone that has had to make choices over time. If you went skiing growing up every year, you’re probably not in our segment,” said Patterson. “They’ve worked hard and they have some net income.”

Approximately 60 percent of Sparrow’s residents sell a single-family home before moving in, which Patterson said nets enough income to pay rent at an active adult community for 20 years.

Despite that focus on the middle-income resident, Patterson sees a bright future for all forms of active adult living.

“They all work. There’s demand for this full spectrum of active adult product.”