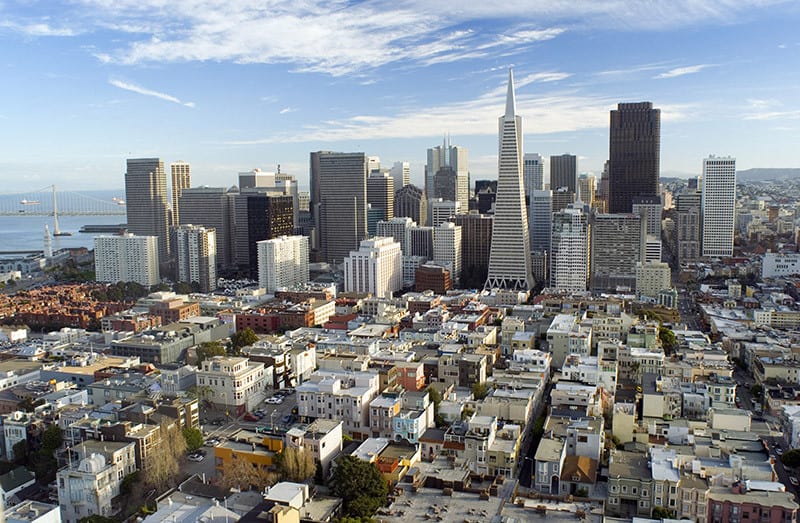 As many real estate investors know, the most important factor for a property is “location, location, location.” Because of that, leading apartment REITs like Equity Residential (NYSE: EQR) and AvalonBay Communities (NYSE: AVB) have concentrated on owning apartments in the urban core areas of major gateway cities because these are the best locations. Thus, apartments are almost always in high demand, which keeps occupancy and rental rates high.

However, this year, that hasn’t been the case as renters who can work remotely are fleeing high-cost urban locations for cheaper areas in the suburbs. Because of that, REITs focusing on those areas are doing much better than rivals with highly concentrated urban portfolios.

Urban living is losing its appeal

The appeal of urban living is, for the time being, diminished due to health concerns of living in dense environments, the shutdown’s effect on retail, entertainment, and cultural venues that have long been the draw for urban centers and the civil unrest that occurred in many of our cities over the summer and early fall. Work-from-home flexibility has been extended through year-end by many, if not most employers, particularly those heavily weighted to knowledge base jobs like many businesses in our coastal markets.

Because of that, the decline in effective rental rates has been greatest in “high-cost urban markets like San Francisco, New York, and San Jose,” according to Naughton.

Operating results in the quarter were challenging and widely varying…the approximately 23% of our portfolio located in the urban cores of New York, San Francisco, and Boston continues to struggle with pandemic-related reductions in economic activity, which have led to declines in occupancy, lower resident renewal levels, and a related drop in rental rates. While we have seen recent improvements in renewals and application volume, pricing pressures continue and headwinds remain.”

Moving out to the ‘burbs is cool again

Because of that, residential REITs focused on suburban areas or lower-cost metro markets are doing much better than those with meaningful exposure to high-cost urban cores. For example, Mid-America Apartment Communities (NYSE: MAA), which owns apartment communities in the Southeast, Southwest, and Mid-Atlantic regions, fared reasonably well during the third quarter. The company’s core FFO was flat compared to the year-ago level, which was a much better showing than Equity Residential’s 15.4% decline in its normalized FFO and the 12% slump in AvalonBay’s core FFO.

Whereas urban core apartments had to reduce their rent, Mid-America grew its average effective rent per unit by 1.8% during the quarter. That’s because occupancy has held up relatively well at 95.6% versus 96.1% in the year-ago period as “demand is strong across our footprints and growing,” according to comments by CEO Eric Bolton on the third-quarter conference call.

Meanwhile, Mid-America’s CEO had this to say about the current state of the company:

Strategy with a focus on the Sunbelt region, uniquely diversified across both large and mid-tier markets and serving a broad segment of the rental market, has the company well-positioned to continue to work through the challenges presented by the current economic slowdown. As the economy begins to recover post-COVID, we believe our markets will continue to outperform, capturing employment trends and a demand for housing that will be well above national averages. MAA is well positioned for a coming recovery cycle.”

Contrast that with the comments of Equity Residential’s CEO, Mark Parrell. He had a warning in the third-quarter earnings release: “We anticipate that our financial results will weaken over subsequent quarters as the full effect of the pandemic is felt on our business.” While he believes that urban centers will eventually re-energize, they’ll likely lag suburban markets, which are already bouncing back.

The COVID-19 outbreak is having a disproportionate impact on urban core areas because renters don’t want to pay for cramped space near their office if they can work from anywhere, especially since most urban entertainment options aren’t available. That’s sending them to the suburbs where they have more space. This headwind could continue to impact urban apartment owners until there’s a widely available vaccine, which likely won’t be until the middle of next year. This view suggests that urban-focused REITs like AvalonBay and Equity Residential are in for a few more tough quarters.

You probably know that real estate has long been the playground for the rich and well connected, and that according to recently published data it’s also been the best performing investment in modern history. And with a set of unfair advantages that are completely unheard of with other investments, it’s no surprise why.