Multifamily experts on what this issue means for the industry’s future. 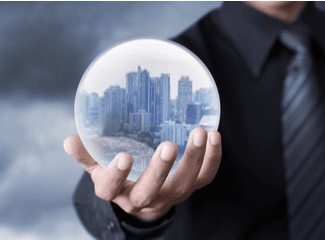 As rent control and rent stabilization laws and ballot measures continue to bubble up across the United States, the multifamily industry is watching carefully and trying to educate policy makers that passing rent regulations on state or local levels can impede rather than improve affordable housing in communities.

“Housing affordability challenges has been an issue for several years now and we’re seeing policy makers looking for that short-term fix to be able to satisfy their constituents and help them, especially during hard times. Since the pandemic, it’s become an even more heightened area of interest,” said Nicole Upano, AVP, housing, policy & regulatory affairs at the National Apartment Association.

That may be the case already in St. Paul, Minn., which passed the most stringent rent control legislation in the U.S. in November. Some residents are reportedly being hit with rent hikes before the law takes effect May 1. The new law will limit annual rent increases to 3 percent with no adjustment for inflation, no exemption for new properties, no allowances for capital expenditures and no vacancy decontrol for move-outs.

“That’s one of the death knells for the industry because what you’re seeing happening right now is that landlords are raising their rents on people when they normally wouldn’t because they’re worried they will never be able to catch up because of the cap,” said Jim Lapides, vice president of strategic communications, who follows rent control policies for the NMHC.

Joe Abraham of Pergola Management, which owns about 800 apartments in the Twin Cities and surrounding suburbs including 350 in St. Paul, said developers may also be walking away from the city. He cited reports of about $1 billion in multifamily projects that are either on hold or cancelled—at least for now.

“St. Paul is not a big market. So that is precisely the opposite thing that market needs,” Lapides said.

Minnesota is one of 10 states that have recently introduced legislation to expand rent control in some way that they are monitoring this year, Lapides said. The other states are: Arizona, Florida, Hawaii, Illinois, Kentucky, New Jersey, New York, Washington and Massachusetts.

Upano added Pennsylvania, Maryland and Ohio to that list. She noted there is a proposed bill in Maryland that would be the most stringent rent control in the country if passed. It would apply to housing built before 1990 and cap yearlong leases at 2 percent and monthly leases at 1 percent every six months. There would be even tighter caps during states of emergency, she said.

“Our concern is there (would be) a real detriment to naturally occurring affordable housing where the margins are thin and owners are trying to keep that housing at below market rates but they would have no leeway to keep up with capital improvements and preventative maintenance,” Upano said.

She said NAA was also quite concerned with a proposal in Massachusetts to remove a statewide rent control preemption that would enable local governments to adopt rent control.

Lapides noted new Boston Mayor Michelle Wu campaigned on rent stabilization as an issue and has created a task force “so there’s no doubt she will be a strong rent control advocate going forward.” 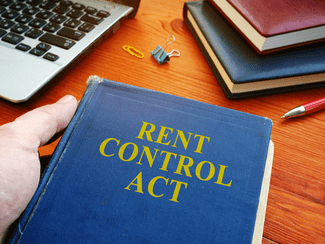 Only a handful of states like Oregon and California have statewide rent control. A majority of states have preemptions preventing localities from passing any kind of rent control but there is a growing effort in municipalities like Minneapolis and St. Petersburg, Fla., and others to try and find loopholes to get around the preemptions. In November, voters in Minneapolis passed a ballot initiative that appears to give the City County the power to enact rent control.

“It’s very much up in the air what will happen in Minneapolis, but certainly they have a tremendous case study of what not to do right next door in St. Paul,”  Lapides said.

Abraham said he hoped Minneapolis officials take time with their decision. Like St. Paul, Minneapolis has a lot of local owner-operators who would be impacted by a stringent rent control law, he said.

Last week, St. Petersburg officials decided not to further pursue rent control legislation because of the state’s preemption. City attorneys told the Housing, Land Use and Transportation Committee it would be nearly impossible to get around the state ban but proponents like City Councilman Richie Floyd said the city should get citizen input before killing the proposal.

“It’s actually an issue in most growing cities and also cities that don’t necessarily have the same level of growth but are looking for responses to this mismatch between housing costs and what people can afford,” Murphy said.

Lapides and Upano say so-called “Good Cause Eviction” legislation like the one being proposed in New York is rent control by another name. The eviction legislation could apply to nearly every rental building in New York, except for owner-occupied properties with less than four units. One of the controversial elements of the proposed bill is setting a standard for rent increases at 3 percent or 150 percent of the annual inflation rate, whichever is higher. Landlords who want to raise rents higher would have to justify those increases in court, where they could be deemed “unreasonable.”

Murphy said the St. Paul law seems to have grown out of a grassroots political movement that calls for rent regulation and is paired with what he termed “Just Cause” politics and he is seeing that in New York as well. While New York City has rent stabilization laws, there are other parts of the state that don’t.

“It kind of has to be politically a statewide approach to cover more renters as a class,” Murphy said.

In 2019, New York legislators passed the Housing Stability and Tenant Protection Act, a series of provisions that strengthened tenant protections which was signed into law. But the Good Cause Eviction proposal was not in the 2019 legislation and proponents are pushing hard for it to be passed by the state legislature as soon as possible this year.

In 2019, Gov. Gavin Newsom signed the statewide Tenant Protection Act of 2019 into law and it took effect on Jan. 1, 2020, limiting annual rent hikes to 5 percent plus the local rate of inflation, but not to exceed 10 percent. The law exempts newer buildings but does not change rent control laws in numerous local municipalities. The bill was signed into law even though in 2018 and 2020, voters rejected Propositions 10 and 21, two very strict rent control proposals. They would have repealed the Costa-Hawkins Rental Housing Act and allowed rent caps on all rental properties, including multifamily, condominiums and single-family, without restrictions.

But there are still repercussions. A new NMHC survey found that 55 percent of multifamily firms surveyed were reducing or avoiding investments in California because of rent control laws in the state. Overall, the survey found 58 percent of respondents indicated they were reducing or avoiding investments in markets throughout the country because of existing or proposed rent control mandates. New York had the next highest number at 29 percent followed by Minneapolis/St. Paul at 23 percent; Washington or Seattle at 19 percent; and Portland at 16 percent of respondents. Other markets cited were Chicago, Denver, Boston, Maryland and Connecticut.

Henry Manoucheri, chairman & CEO of Universe Holdings, a privately-held multifamily investment, ownership and management firm, is one of those investors. He said Universe is selling 10 properties in Southern California and plans to “deploy that money to other markets.” Manoucheri said he knows of other long-term property owners who have begun putting their assets, including entire portfolios, up for sale and plan to leave the state.

While Manoucheri is still buying in California, he focuses on areas where the company already owns properties and that trend more conservative like Orange County, Ventura County, Santa Barbara County, San Diego and the Inland Empire. He said Universe avoids more liberal areas of Los Angeles County like Santa Monica and West Hollywood, which have their own rent control regulations that are more stringent than the statewide legislation.