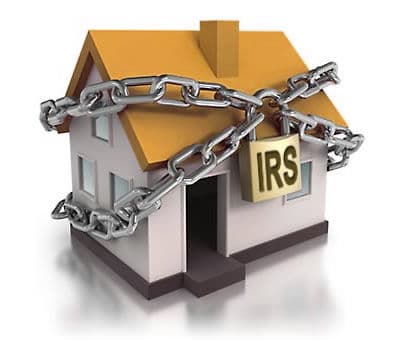 When I posed the question about whether housing providers should hold back property taxes – have a “property tax strike” – in response to calls for rent strikes, I didn’t know what to expect. My very unscientific survey didn’t get a lot of responses. But the responses I did get and from phone calls and emails over the last three months is growing frustration and impatience with elected officials that rent pays property taxes. And what I found from the responses was something interesting: An interest in using property tax relief to offset lost rent. And I even found an example of a housing provider who has asked for exactly that: “Reduce my property taxes, and I’ll share that savings with my residents.”

As angry and frustrated as I know housing providers are right now, even those ones who say they want to stop paying property taxes, eventually realize that maybe it may not be a good idea. One respondent said,

“Property taxes are based on assessed value which is based on net operating income. If rental revenue collection declines usually value declines. The focus should be on reducing the property taxes based on lower rent collections, not strikes. Strikes will only support the other side’s weak arguments.”

Eventually, when values drop, property taxes will too. In essence this argument goes by allowing the looting of the rental housing market the tax relief is inevitable. That depends on the state, however, and how property taxes are levied. In Washington, for example, property taxes are assessed on the value of the entire taxing district then divided among the value. That means if the collection stays the same, and the value drops, tax rates as a percentage of value actually go up.

And what should the point of such a protest be?

Respondents could pick multiple points in this question; but that 46 percent supporting the notion of using the relief to offset lost rent is compelling. Again, small sample, but it makes me think of Matt Bolin, a housing provider who had a full rent strike breaking out in his building a month or so ago.

“I love this historic building and I care about the people living there,” said Matt Bolin who has owned the Ben Lomond for 10 years. “If local elected officials reduce our fixed costs, we will pass through that savings to help keep residents housed.”

Some would say Bolin, an independent owner, doesn’t look like a “landlord.” But from my experience he thinks like a typical housing provider, hoping to keep rent paying residents in place, minimizing unit turnover costs, and generally delivering a good value and experience to the people living in his buildings. But when under attack by local socialist Councilmember Kshama Sawant trying to encourage his residents to hold back rent, Bolin also was typical: much of the money he collects doesn’t belong to him, but to the very local government that Sawant represents.

Bolin said that the building had over $7633 in utility costs in just March of 2020 (up from $6556 for March of 2019) and that if the City of Seattle lowered or eliminated those, Bolin would pass the reduction on to residents in need.

It makes sense. Some people lost their income through no fault of their own, can’t pay rent which means providers can’t pay taxes and other costs owed to government. If government really does care about that resident, then sure, grant that person a break from rent – but pay for that break in the form of a tax deferral, dollar for dollar, as long as the crisis unfolds. In the end, that’s what’s going to happen anyway. Why not avoid the drama and uncertainty and suffering? It might also cost some politicians their ability to generate political capital but after all, we’re all in this together, right?