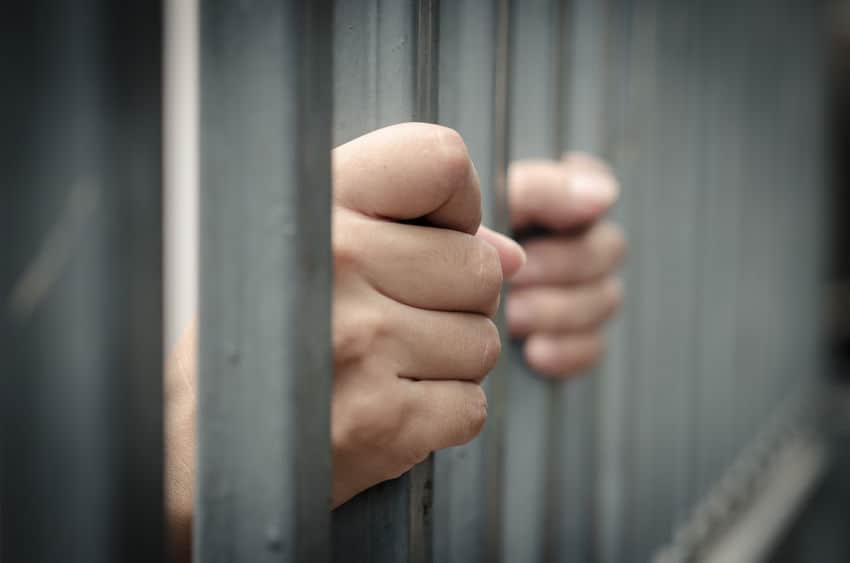 The Texas Department of Housing and Community Affairs is proposing that people with certain criminal convictions be temporarily or permanently blocked from living in tax-supported developments that provide support services.

Homeless Texans with certain criminal records could be blocked from one of the few paths they have to social services and a stable home if Gov. Greg Abbott approves a proposed new rule for residents in some subsidized housing units.

The Texas Department of Housing and Community Affairs is proposing that people with certain criminal convictions be temporarily or permanently blocked from living in tax-supported “supportive housing” developments.

Such housing is funded through Low-Income Housing Tax Credits, which give developers tax benefits in exchange for building homes that are leased at below-market rates. Once they’re built, developers and local providers coordinate to connect tenants that were previously homeless with support services like mental health or substance abuse programs. Either the developer or external agencies provide these services in order to help the tenant get back on their feet.

Supportive housing is only one kind of the housing created by the housing program, but advocates said it is key to fighting homelessness.

Advocates say there is no data that shows that supportive housing projects increase crime in neighborhoods.

The rule mandates that developers deny applicants for at least two years if they have been convicted of nonviolent felonies, which can include a third offense of driving while intoxicated or credit card abuse. For people convicted of Class A misdemeanors, like possession of over 2 ounces of marijuana or criminal trespass of a habitation, the ban would last at least one year. Some gun-related violent crimes could also get a person banned for at least three years.

People convicted of more serious crimes, like murder, sexual assault, kidnapping and arson, would be banned permanently from these developments.

TDHCA said the proposed rule would guarantee a “minimum requirement” for screening tenants and that many developments already have similar rules in place, including “almost all affordable housing developments” and “a vast majority of supportive housing developments.” But advocates say developers have freedom to create their screening rules, leaving flexibility to negotiate individual cases with homeless organizations.

According to a 2019 homelessness count, in Texas there were more than 3,500 people who were chronically homeless, which means that they’ve remained unhoused for more than a year and many times have added challenges, like a disability, mental illnesses or a history of substance use disorders. Organizations don’t count how many of them have been convicted of crimes, but Samuels said it is not uncommon for homeless people to have criminal records.

“Most of these are nuisance crimes,” said Samuels. “People experiencing homelessness are victims of crime far more than they are perpetrators.”

In the last five years, about 1,000 units of subsidized supportive housing have been approved in Texas using Low-Income Housing Tax Credits, according to TDCHA data. Some of these homes are built for people experiencing chronic homelessness who, without supportive services, won’t be able to get back on their feet.

Right now, if a potential tenant has a criminal record, case workers can try to negotiate with the developer and find conditions in which that person would be approved. The proposed new rule would allow landlords to review mitigating factors, like letters of recommendation from case managers and health professionals, and still lease to someone with certain criminal convictions. But when asked how the process would work, TDHCA spokesperson Kristina Tirloni said that would be left to the property owners.

Homeless service providers said that the requirement will limit their ability to find homes with support services for some of the state’s most vulnerable people.

“The proposed mandate prohibits the ability to match folks with their best option,” said Bree Williams, director of community housing at Austin ECHO, a coalition of nonprofits that provide homeless services. “These developments are service enriched, and they are amazing with folks with specific needs. This takes some folks out of the run for that.”

Homeless service providers and advocates said that their clients are already having a hard time finding housing because of the screening that landlords do. But with a state-mandated ban like this, their chances of negotiating placement with landlords and developers will diminish.

“One of our community’s greatest barriers to ending homelessness is the disqualification of people with criminal histories from obtaining a lease,” said Thao Costis, CEO of SEARCH Homeless Service, a service provider in Houston, in a letter to TDHCA.

TDHCA will be responding to the comments that it has received and proposing possible changes in a board meeting on Nov. 5. After that, Abbott will have to make a decision on whether to support the proposal by Dec. 1. His office did not respond to a request for comment.

The housing tax-credit program is a federal initiative that is managed by the states. In Texas, developers and nonprofits can compete for the tax benefits in exchange for building, renewing or preserving homes for low-income people and other groups in need of affordable housing.

According to Costis, housing and supporting someone with services costs $17,000 a year. But when that person is on the streets, the cost in policing and health resources can average $91,000 a year in Harris County.

“They remain stuck living under freeway overpasses and in businesses’ entryways,” she said. “Their languishing on the streets costs the community extraordinary policing and medical expenses.”

Advocates are also concerned about limiting who can find a tax-supported housing unit during a pandemic.

“We’re serving folks that many of which are living with multiple medical vulnerabilities,” Williams said. “Now more than ever, we need to find a way to bring those folks home and have them in a safe space where they can protect themselves from the virus.”