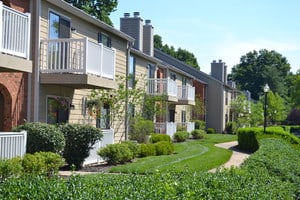 Rental units accounted for 96% of multifamily construction starts during the second quarter, further taking market share from condos, according to a new report.

“Condo construction has been weak since the end of the Great Recession,” said the report, written by Robert Dietz.

For comparison, starts of apartments have been about 90% or higher since late 2014. Since then, they’ve bounced in the low to mid-90s but don’t appear to have reached 96% before, according to an NAHB chart included with the report. The chart includes data all the way back to 1990.

Apartment starts bottomed out in Q3 2005, when condo construction was booming. At that time, it hit 47%.

Rental multifamily starts traditionally have held more market share over condos. From 1980-2002, the average market share for apartments was 80%, according to NAHB.

Depressed dwelling sizes may not last long, according to NAHB.

“Multifamily unit size may increase in the quarters ahead, as a market response to the coronavirus recession,” the report says.

“The downtrend is mainly due to the slower pace of construction, as a result of a shortage of available construction crews, funding and permits, along with some temporary bans on construction projects in certain states,” the report said.

Housing construction overall, however, is driving up lumber prices, NAHB said in a different report. The price of lumber has shot up 110% since mid-April.

“[The association] estimates that these recent gains have boosted typical new single-family home prices and apartment prices by approximately $14,000 and $5,000, respectively,” according to the report.

Pricing of multifamily has not so far been affected much by COVID-19, according to brokers at James Capital Advisors. “You are still getting pre-COVID values for a lot of properties, depending on the real estate and operations,” said Mike Hanassab, a senior director at the sell-side brokerage. “That is the opposite of the perception.”