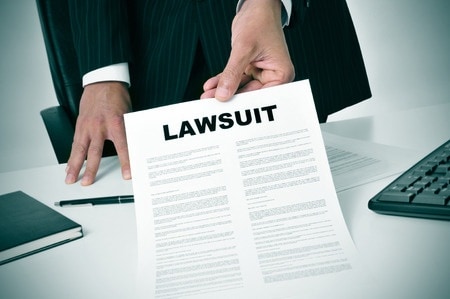 A Houston law firm and its landlord sued the firm’s insurance company in Connecticut, alleging the insurer improperly denied the firm’s claim for business income losses caused by government shutdown orders for COVID-19.

The lawsuit by Kennedy Hodges & Associates and Three Commas, the landlord, are one example of a growing trend nationwide of businesses of all types suing their insurance companies, alleging the insurers improperly denied COVID-19 related claims.

The plaintiffs suspended their businesses between March 18 and May 1, which interrupted their business income, according to  the proposed class action complaint. They filed suit June 19 in the U.S. District Court for the District of Connecticut against Twin City Fire Insurance Co. and The Hartford Financial Services Group, which does business as The Hartford.

The proposed class encompasses Hartford’s policy holders, who had to shut down their businesses because of government COVID-19 orders, and who had Hartford deny their claims for lost business income.

The firm and landlord had an “all-risk” commercial property insurance policy from Hartford and argued it was supposed to cover lost business income for 12 months, said the complaint in Kennedy Hodges & Associates v. The Hartford Financial Services Group Inc. The plaintiffs made a claim, but the insurer denied it.

The firm and landlord argued that they were supposed to get their lost business income if the premises had either a “direct physical loss of or physical damage” to the property. They had additional coverage in case the “action of civil authority” stopped them from accessing the property.

The complaint noted that the Texas and Harris County governments issued orders that required Texans to stay home during the pandemic.

The Hartford denied the plaintiffs’ insurance claim, said the complaint, writing in a denial letter that the losses did not come from a physical loss or damage, and also asserting an exception that the coverage did not apply to losses caused by a virus.

The complaint said that the policy’s virus exclusion does not apply, but even if it did, the Hartford should not be able to use the virus exclusion because it’s against public policy, among other things.

Kennedy Hodges’ insurance lawsuit is only one example of a growing trend nationwide.

One group of plaintiffs lawyers are seeking to form a multi-district litigation panel to handle what they say will be a flood of business interruption claims caused by the virus. The attorneys seek to coordinate cases against eight insurance companies filed in Illinois, Florida, Pennsylvania, New York, Wisconsin, Ohio, California, Oregon and Texas within one multi-district litigation in the Eastern District of Pennsylvania.

In state and federal courts in Texas alone, there have been at least 45 COVID-19 related insurance lawsuits filed between March 26 and June 12, according to research by Texas Lawyer on the COVID-19 complaint tracker by Cognition and Hunton Andrews Kurth.

The plaintiffs in the 45 Texas cases are diverse and come from a range of industries: restaurants, clothing stores and hair salons; doctors and dentists; travel agencies; car washes; hemp stores and distilleries; and more.

Here’s a look at similar insurance case counts in a handful of other states, according to the COVID-19 litigation tracker.