In September, 10.6% of Vegas tenants missed a rent payment, up from 4.1% a year earlier, the largest increase in the U.S., according to data on the top 50 metropolitan areas from RealPage Inc. New Orleans, also heavily dependent on tourism, had the highest overall share of people not paying, at 12.9% up from 8.6%. 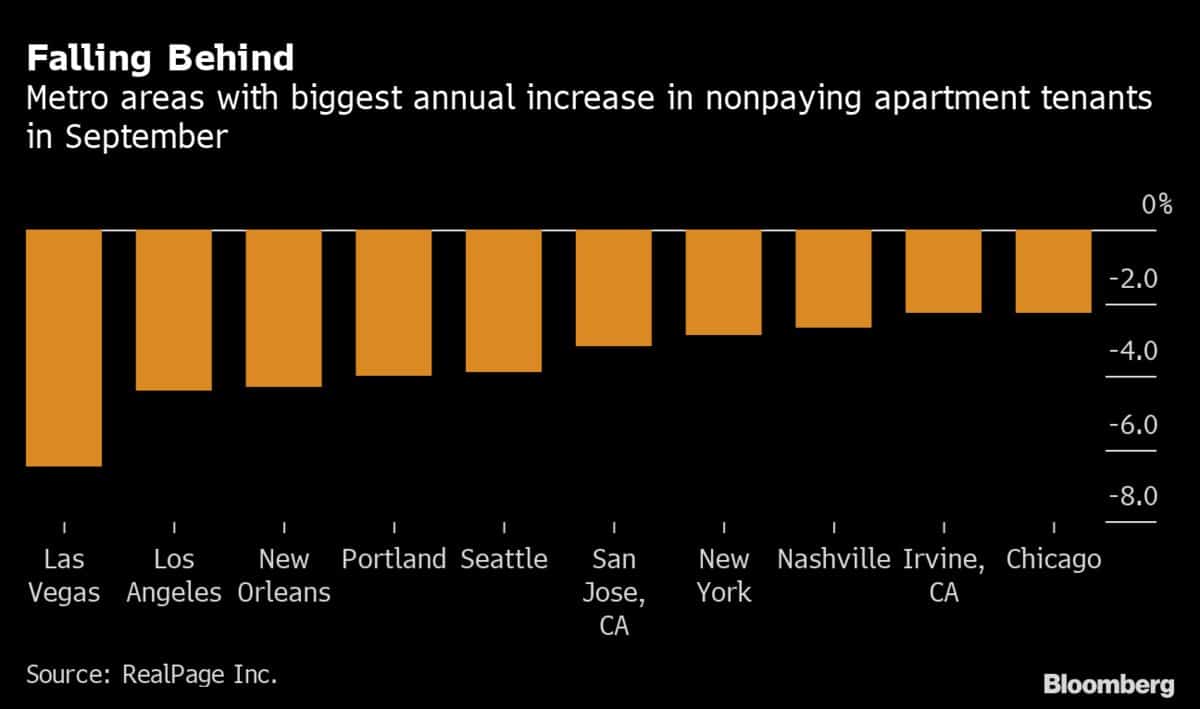 Tenants are most likely to stop paying in areas with the hardest-hit economies, including expensive cities from Los Angeles and Seattle to New York, where unemployment benefit payments aren’t enough to cover high rents and living expenses.

Across the U.S., rent payments have remained relatively stable, with 7.8% failing to pay in September, up 1.5 percentage points from a year ago, according to the National Multifamily Housing Council.

The data covers tenants who still occupy their units and doesn’t include single-family rentals. It’s from professionally managed buildings and more representative of large landlords. Smaller ones tend to own older buildings with poorer tenants more vulnerable to job loss.