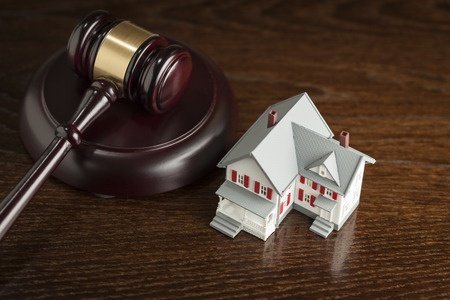 Landlords, apartment owners and housing industry groups have unleashed a barrage of legal challenges against the Trump administration’s order protecting renters from eviction, leaving millions of families once again facing the risk of homelessness in the middle of a deadly pandemic.

Over the past month, an array of lawyers and lobbyists have inundated federal, state and local courts. They have sought to stop renters from invoking the federal ban, and in some cases, they’ve tried to quash the policy altogether, arguing that the government did not have the authority to issue it in the first place.

One federal lawsuit brought by a Virginia landlord, for example, argues that the Trump administration wrongly halted evictions based on a “flimsy premise” that doing so might prevent displaced Americans from contracting the coronavirus. The case is supported by an anti-regulatory conservative group with documented past financial ties to a foundation backed by Charles Koch, a Republican megadonor. The lawsuit has also picked up key legal help from a major lobbying organization representing apartment owners.

“There’s a reason eviction is a remedy in the law,” said Caleb Kruckenberg, a lawyer at the Koch-funded New Civil Liberties Alliance, who stressed that landlords are experiencing significant financial disruption, too.

The flurry of lawsuits has created a wave of legal uncertainty, exposing millions of Americans once again to the sort of hardships the Trump administration initially sought to prevent. Federal officials tried to clarify some of the ambiguity in policy guidance issued late Friday night. But the update instead appeared to give landlords a clearer green light to start eviction proceedings against some cash-strapped renters, even though a moratorium remains in place until the end of the year.

The Trump administration’s latest move perplexed Diane Yentel, president of the National Low Income Housing Coalition, who said she remains fearful about a wave of evictions on the horizon.

“To understand, ask yourself the question: Why would a landlord want to start eviction proceedings in October for an eviction that can’t happen until January? The answer: to pressure, scare and intimidate renters into leaving sooner,” she said.

White House spokeswoman Karoline Leavitt said in a statement that the administration “has actively engaged with stakeholders across the country to ensure both renters and landlords have the necessary resources to make timely rent and debt payments.”

The legal plight facing millions of cash-strapped renters highlights the nature of the nation’s unequal recovery, as Americans who struggled most at the outset of the pandemic continue to face severe hardship — even as the economy begins to improve.

About 1 in 3 adults say it is somewhat or very likely that they could face the threat of eviction or foreclosure over the next two months, according to survey data released last week by the U.S. Census Bureau, underscoring how sustained unemployment and dwindling federal aid may be creating the conditions for a housing crisis.

In September, the Trump administration sought to address the issue through an order that tapped the nation’s public health laws to prevent people who are behind on their rent from being pushed out of their homes. Federal officials predicted the protections could help as many as 40 million Americans, far more than the original 120-day eviction moratorium approved by Congress in March.

But the Centers for Disease Control and Prevention, which issued the updated policy, limited its order in critical ways: It included no new money to help people catch up on their bills, and it didn’t authorize any new aid to make landlords financially whole, either. Instead it directed renters to existing sources of state and federal help, and it guaranteed that property managers could assess fees and other penalties on families who fall behind on their payments.

The absence of an immediate, fresh injection of federal dollars has exacerbated the cash crunch for tenants, who are amassing bills they cannot repay, as well as for landlords, who cannot evict or collect past-due amounts. The National Council of State Housing Agencies in late September estimated that the financial hole is vast and growing fast, with potentially 14 million renter households, totaling approximately 34 million Americans, projected to owe as much as $34 billion by the time the CDC moratorium expires at the end of 2020.

“People are going to be buried under a mountain of debt,” warned Tara Raghuveer, director of KC Tenants, which advocates for low-income residents in Kansas City, Mo.

In the meantime, the enormous financial gap has helped catalyze a wave of lobbying and legal challenges, as landlords and other housing groups try to get paid — or in some cases, get their tenants out.

The National Apartment Association, which represents the owners of more than 10 million rental units, joined the September lawsuit filed by a Virginia landlord in a U.S. district court in Georgia, where the CDC is based. “We’re seeing more pronounced economic impact,” said Robert Pinnegar, the association’s chief executive. “Nobody really wants to push for a lawsuit unless they absolutely have to.”

In Columbus, Ohio, a real estate holding company sued the CDC in September, arguing that the Trump administration had infringed on its constitutional rights by preventing it from filing for eviction. The firm, KBW Investment Properties, sought to remove a tenant who had fallen behind on rent by about $6,000 since the beginning of the year, according to its complaint, which also asked a judge to consider “invalidating” the Trump administration’s moratorium entirely.

After weeks of legal wrangling, lawyers for the landlord agreed to drop the case Friday, after the Justice Department indicated it would not stand in the way of landlords who try to start eviction proceedings while the federal ban is in place, said Dimitri Hatzifotinos, a lawyer for the firm.

“We file a lot of evictions, but we’re not ever trying to make people lose their housing,” he said. “We’re just trying to help the landlord pay their rent.”

The lawsuit prompted the CDC and the Justice Department to clarify in a public pronouncement late Friday that landlords nationwide are free to start the eviction process while the federal moratorium is active. In doing so, the Trump administration also clarified that landlords “are not required to make their tenants aware” such an eviction ban exists.

The CDC and the Justice Department did not respond to requests for comment.

Housing advocates view the policy clarifications as a major blow that risk creating confusion nationwide. Even before the lawsuits arrived, they said they had already found the Trump administration’s eviction ban insufficient to help renters navigate a complex process.

“It really varies by the judge,” said Zachary Neumann, the leader of the Covid-19 Eviction Defense Project, who said it often varies even on a city-to-city level in Colorado, where he focuses his time. In some cases, he said, courts are issuing legal orders that have the power to force people out of their homes “and waiting until January 1st to allow sheriffs to act on them.”

In many states, renters don’t know about the government’s eviction protections, and those who do have struggled to find and fill out the forms, Neumann and other housing experts have found. Some have faced evictions anyway, as the Trump administration has allowed landlords significant leeway to remove renters from their apartments for other reasons — including seemingly minor violations of their leases.

Peggy Bailey, vice president for housing policy at the Center on Budget and Policy Priorities, acknowledged that the Trump administration’s actions to halt evictions had made a difference for some renters. But, she cautioned: “The CDC moratorium has some holes in it. … Landlords can still move for an eviction if they come up with a reason other than loss of income due to the pandemic, and it’s on the resident to prove the landlord wrong.”

Renters and their landlords have found rare agreement in calling on Congress to act, particularly in putting aside billions of dollars in aid to help renters catch up on past-due bills — money that could also help property owners cover their own costs. But the proposal, which House Democrats included as part of their $3 trillion coronavirus stimulus package, has encountered steep opposition on Capitol Hill as Republicans, led by President Trump, continue to waver on the size, scope and necessity of another round of federal relief.

Housing industry groups have also increased lobbying efforts in Washington in recent weeks as they seek to scale back the administration’s eviction order and ensure the moratorium isn’t extended beyond its planned expiration at the end of 2020.

The National Association of Realtors, for example, joined other trade associations in a meeting last month with White House aides in which they discussed the “impact it’s having on [landlords’] ability to retain that housing,” according to Megan Booth, the director of federal housing for the lobbying group.

Booth shared details of the White House gathering on a Zoom conference last week with Realtors and landlords in Kansas City, Mo., a recording of which was shared with The Washington Post. The association declined to comment for this story.

However, Booth told participants at the time that White House aides appeared “willing to look at reprogramming existing funds” to help landlords in the event Congress “does not act before leaving town.” She also stressed that the lobbying group had cash at the ready, aiming to assist in legal challenges targeting the Trump administration’s order.

“If you are someone who has that right case,” she told landlords, “feel free to get in touch with me.”