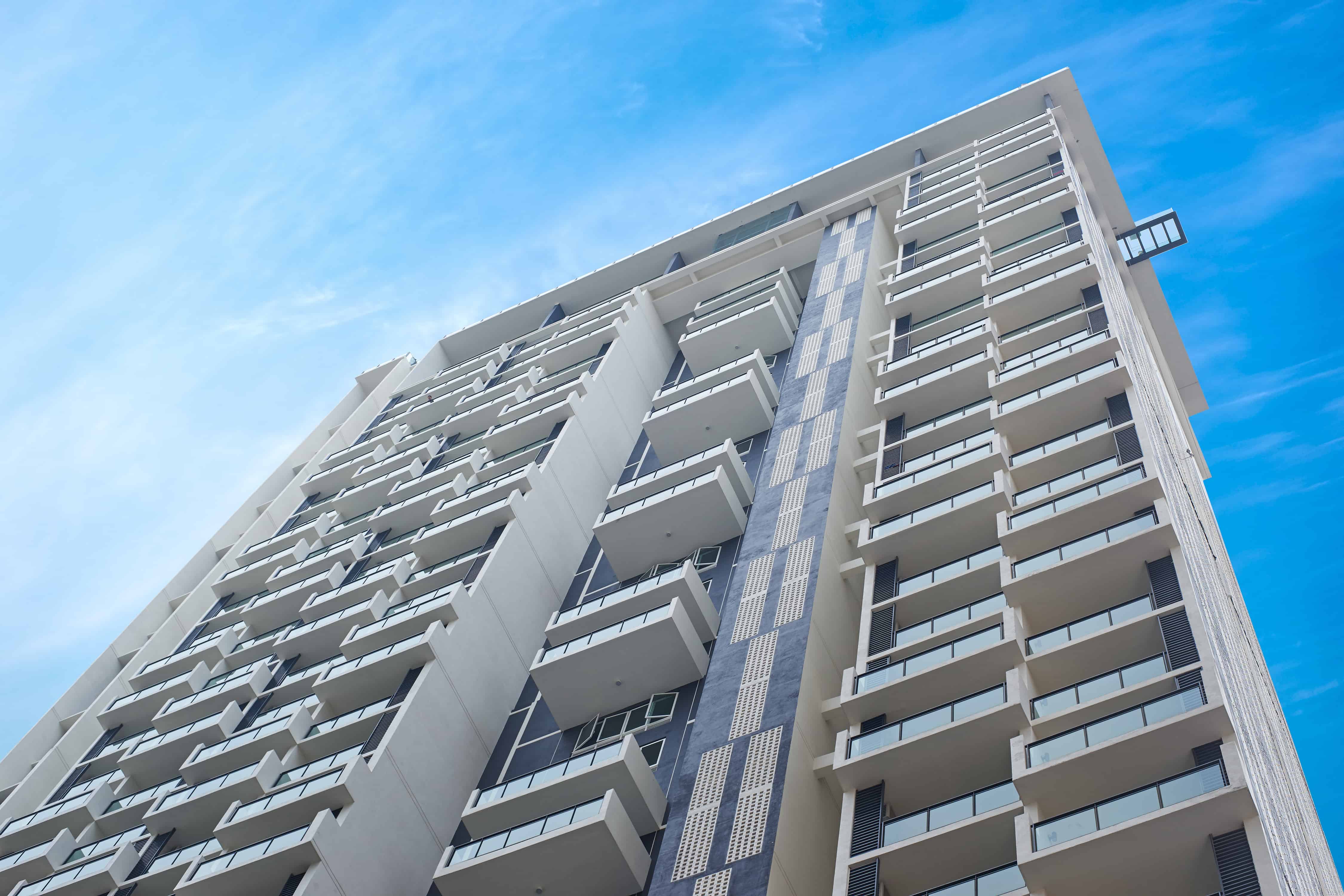 In the mid-1960s, Greta Arceneaux was a young mother of two in the midst of a divorce with a low-paying secretarial job and an old house in Los Angeles. Dreaming of a better life for her family, she took out a loan, tore down the aging home and used the land to build a five-unit rental complex that, she hoped, would serve both as a home for her and her children and a ticket to the middle-class.

“I was a clerk with very little means, but a whole lot of guts,” recalls Arceneaux, now 81. Her plan worked. Over the years, income from that modest rental complex enabled Arceneaux to help put her children and grandchildren through college, purchase a separate home for herself, and save for her retirement.

Then the coronavirus pandemic upended it all. When COVID-19 reached U.S. soil, killing tens of thousands of Americans and squeezing the economy, the federal government, states and municipalities issued a raft of rent protections, including months-long eviction moratoriums. While such policies were issued in good faith—they were designed to protect renters who have lost their incomes from losing the roofs over their heads, too—they have leveled a crushing blow to small, independent landlords, like Arceneaux, who rely on a handful of rental units for their livelihoods.

Though the protections are dictated by local officials and vary by area, many are long-term: In the city of Los Angeles, where Arceneaux’s property is, tenants who have been impacted by the virus will have up to 12 months from the end of the city’s emergency declaration to repay their back-rent without late fees. In New York state, eviction protections last until the end of August, and in Pennsylvania, renters are shielded from evictions until mid-July.

For Arceneaux the city’s order has resulted in $15,000 in unpaid rent and $0 in government assistance to help her pay for maintenance expenses and other bills, including her personal mortgage. New California building codes also require her to pay at least $60,000, she says, for earthquake prevention reinforcement in one of her units by the end of the year. “My retirement is going down the tubes because of this,” she says.

The complexity of the broader economic crisis and its impact on renters is not lost on Arceneaux. “I feel sorry for him,” she says, describing one of her tenants who lost his job and stopped paying rent. “He’s caught in a situation just like I am. But why are they throwing me under the bus? Why am I responsible for him?”

Problems with eviction moratorium policies are twofold. First, not all landlords are alike. Large, wealthy real estate firms and development conglomerates don’t control the entire market: In fact, just over half of the U.S. rental supply, about 25.8 million units, are owned by business entities, according to the 2015 American Housing Survey. The other 22.7 million rental units are owned by individuals, who are more likely to own single units, homes and duplexes, and are often called “mom-and-pop” landlords.

The second issue is that while wealthy hedge fund investors and real estate firms, who are represented by powerful Washington lobbyists, will benefit from over $100 billion in tax breaks buried in the $2 trillion CARES Act, mom-and-pop landlords, for the most part get nothing. (The CARES Act tax provisions remove caps on individuals’ and businesses’ ability to write off significant net operating losses, so the benefits go almost entirely to millionaires and billionaires who tend to have the largest balance sheets.)

“I don’t understand how they can come up with all of this financial aid for the homeless, for renters, for agriculture, for big business, for airplanes,” says Arceneaux, who is a black member of the Coalition of Small Rental Property Owners, a California-based advocacy group that mostly represents black and Latinx landlords. “And they’re forgetting about the small mom-and-pop people that have two units or four units and serve such a great need in the community.”

Terri Lacy, a 55-year-old former interior designer with an autoimmune deficiency, says she also feels abandoned. Local and federal government programs seem to be offering bailouts to every other group, while imposing rules that increase the burden on people like her.

When Lacy’s children moved out of the inexpensive condos she purchased to help them start their adult lives in California and Nevada, she converted them into rental units. One tenant paid three-fifths of his rent in April, nothing in May, then moved out mid-month. Lacy says the tenant broke his lease four months early, and left her with unpaid utility bills and holes in the wall. Now she has to rehabilitate the apartment and re-list it while taking care not to contract the very virus that created her rental woes. “Who wants to rent a unit in the middle of the pandemic?” she asks, rhetorically. “Nobody.”

Lacy says another of her tenants has paid partial rent since she was laid off from her Las Vegas waitressing job, but not enough to cover Lacy’s property taxes or homeowners association dues. Without full rent checks coming in, Lacy’s personal savings account has taken a hit. Even if she wanted to evict and re-list, she wouldn’t be able to until after June 30, when Nevada’s eviction moratorium expires.

“Here I am expected to absorb everybody else’s heartaches,” she says, “and nobody’s there to resolve my heartache.”

The mom-and-pop landlords who are able to draw on their own savings to make it through the eviction moratoriums imposed by their local governments may struggle to recoup their losses when it’s all over. It’s unlikely that renters who have struggled to pay rent over the last few months will have lump-sums of cash available when their rent is due, and the job market may continue to be sluggish for months or years. Eviction courts may also be backed up in major metropolitan areas once they finally re-open. And even court rulings that come down in landlords’ favor aren’t absolute: Evicted tenants sometimes get away with not paying their debts by changing bank accounts, ignoring collections agencies, working cash-only jobs, filing for bankruptcy, or fleeing the state.

Those who aren’t able to make ends meet without collecting rent checks are likely to sell, says Jenny Schuetz of the Brookings Metropolitan Policy Program. And that’s bad news for low-income renters. Individual property owners are likely to sell to families who will convert their rentals to personal housing, or to large investment groups—which, in turn, are much more likely to renovate, rebuild, and increase the rent. “I think we are going to see some smaller landlords who have to sell their buildings because they just can’t cover the costs,” Schuetz says. “We know from the Great Recession that the people who can afford to buy real estate in a down market are large-scale investors [who] aren’t necessarily likely to keep rents low in existing buildings.”

The large-scale real estate firms that are left tend to build luxury mega-compounds with amenities such as floor-to-ceiling windows, marble countertops and state-of-the-art fitness studios that cater mostly to upper-middle class and wealthy people: Of the 371,000 new rental units expected to hit the market this year, as much as 80% the supply will be part of luxury developments, according to real-estate analytics firm RealPage.

But those luxury offerings were out of reach for millions of Americans even before the virus hit. In 2016, nearly half of all renter households were spending at least 30% of their incomes on rent, according to Harvard’s Joint Center for Housing Studies. Now, with more than 20 million people still out of work, the proportion of people struggling to pay each month is almost certainly higher—especially among lower-income earners, who have disproportionately been affected by recent layoffs. While only 13% of people in households who made over $100,000 experienced employment disruption in March, 39% of working individuals in households with annual incomes less than $40,000 were laid off or furloughed, according to the Federal Reserve.

As tens of thousands of protesters flood the streets demanding an end to police brutality and systemic racism in the wake of George Floyd’s killing by a Minneapolis police officer in late May, it’s important to note that punting the rent burden to small landlords during this recession could also have a disproportionate effect on people of color if individual landlords abandon their real estate investments in droves. Due in part to discriminatory federal housing policies legal through the 1960s that blocked many people of color from home ownership—and therefore from amassing wealth that could be passed down to the next generation—black and Hispanic households are about twice as likely as white households to rent rather than own their homes, according to Pew Research Center.

A swift and systematic loss of affordable rental units available on the market would especially hurt those with low incomes. Eviction moratoriums aren’t “going to affect people in middle class housing, particularly. They’re paying the rent, their rental units will still be there,” explains Michael Tanner, a senior fellow at the libertarian Cato Institute. “This is for people at the bottom end of the ladder who are going to find it harder to get affordable and habitable housing. They’re going to end up with expensive, lousy housing.”

The Democrat-led House of Representatives has already passed a version of this suggestion in its omnibus HEROES Act, which calls for $100 billion in rental assistance to families with incomes below average earnings in their areas. But the measure is moribund in the Republican-led Senate. A version sponsored by Democratic Senator Sherrod Brown has just 37 co-sponsors, none of whom are Republicans.

In the absence of a Congressional compromise, Arceneaux is weighing her options. She’d love to continue to offer affordable rental units to her community, but she has her own bills to pay. In the meantime, real estate firms have already attempted to take advantage of her predicament. Almost daily, she finds notices in her mailbox from prospective buyers expressing interest in the property she’s owned and maintained for over 50 years.

“It’s almost like the vultures are standing around waiting for something to happen,” she says, “so they can pounce.”