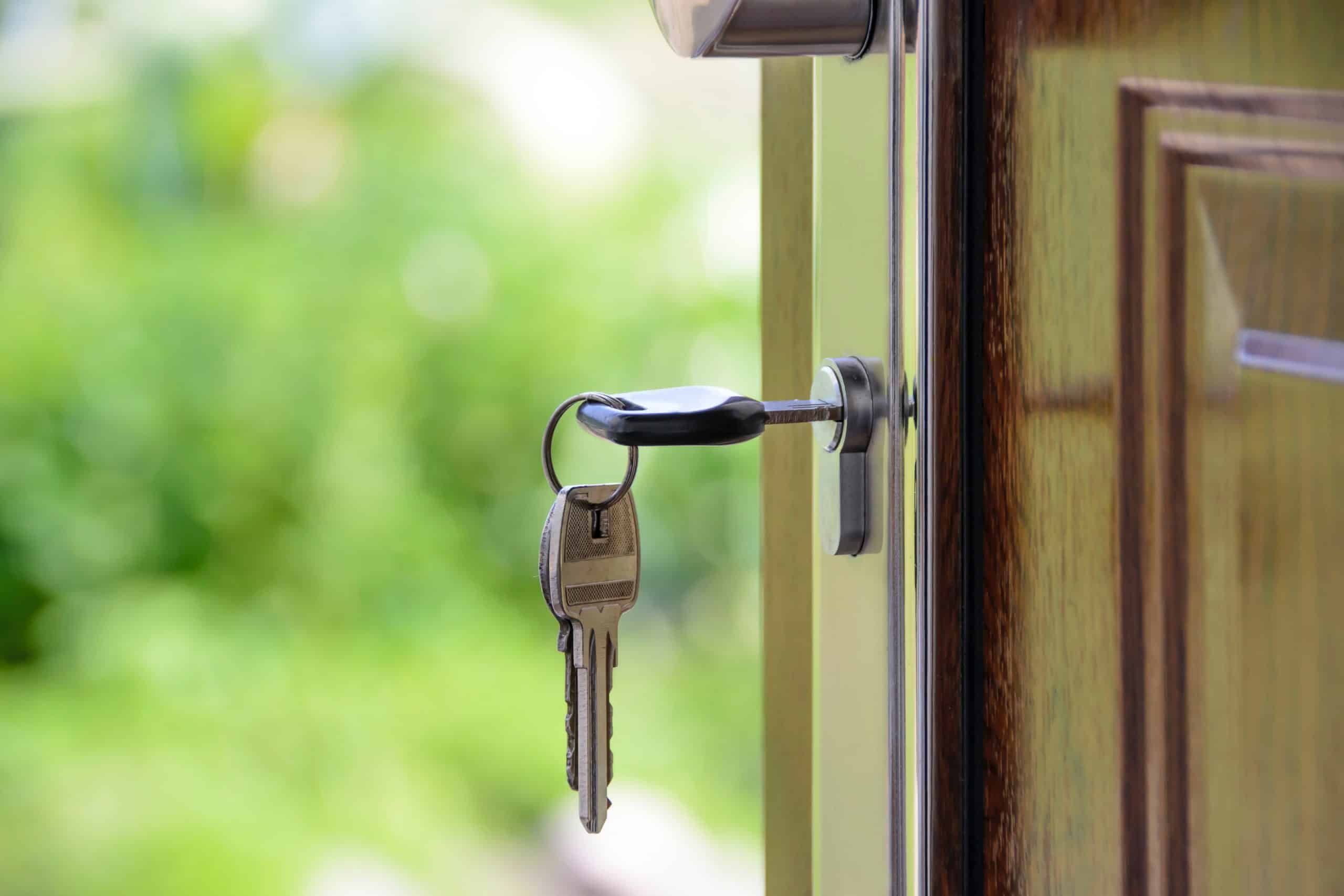 Texas legal aid groups, housing advocates and even some justices of the peace are bracing for a surge in evictions as the coronavirus pandemic continues to leave hundreds of thousands of Texans without jobs.

And although many Texans who have fallen behind on rent can’t catch up while the virus surges and unemployment remains sky high, the judges who are starting to once again preside over eviction cases say state law gives them little opportunity to show tenants mercy.

“The Legislature doesn’t go into the point that says, ‘Should we have a pandemic, then you don’t have to pay your rent,’” said Mike McAuliffe, a justice of the peace in Taylor County. “You have to look at both ends of this scenario. You have people that have been out of work … but then you also have business owners that owe money to banks.”

The Texas Supreme Court halted eviction proceedings in March, but that moratorium has since expired. Some counties still have moratoriums in place. But as those also begin lifting, a backlog of eviction cases is starting to wind through reopening courts.As Texas tenants are starting to receive notices to vacate their homes or to appear at court hearings, legal groups are expanding their services and setting up special hotlines to help people navigate the eviction process.

“Unfortunately, of course, when the legal situation is bad, our calls pick up,” said Genevieve Hébert Fajardo, the clinic’s director.

The Texas Apartment Association, whose 12,000 members include around 7,500 property owners and operators, is encouraging property managers to work out payment plans with tenants. Crystal Moya, an executive member of the association, says it wants to be “part of the bigger solution.” The legal process of evictions can be costly for landlords. And a sudden increase in evictions could have ripple effects across the rental industry.

“Instead of going through that, we want to try to prevent that and work with our residents now,” said Moya, who is also an executive vice president of Vesta Corp. real estate. “A lot of owners are deferring payment at this time and putting the residents on payment plans. We’re one of those.”

But landlords who do proceed with evictions rather than working things out with their tenants face a legal system that many say is stacked in their favor. Housing advocates have been trying to get lawmakers to write more protections for renters into Texas property code for years, but they say it hasn’t been easy.

“A burden on tenants”

This tilt means that tenants affected by COVID-19 won’t have a lot of luck in Texas courtrooms. Justices of the peace across the state said that Texas’ property laws don’t leave room for them to consider circumstances like losing a job or experiencing health issues. If a person has not paid rent or has breached another clause in the lease — which could be anything from committing a crime to not paying a maintenance fee — they will most likely be evicted.

On Wednesday, Steven Quildon of The Colony in North Texas experienced this firsthand. At an eviction hearing handled on Zoom, Denton County Justice of the Peace James DePiazza told Quildon he owed around four months of rent.

“I paid partial in March,” Quildon said. “That’s when this COVID-19 pandemic started and hit us really bad. That’s why I’m in this situation, because of COVID-19.”

But DePiazza had bad news.

DePiazza ruled that Quildon has to either vacate the premises by Tuesday or file an appeal. Otherwise, the landlord will be able to file for a writ of possession, and a constable will force him to move out. But an attorney for Quildon’s landlord offered the man the opportunity to try work out an agreement if Quildon would call his office.

“The question a judge is looking at is if a breach of contract occurs, regardless of what the circumstances surrounding the case are,” said Travis County Justice of the Peace Nicholas Chu. “We’re just kind of looking at this kind of yes-or-no analysis. That makes the job just really tough.”

There is still a moratorium in place on eviction cases in many counties, including Travis. Meanwhile, justices of the peace in counties without active moratoriums have resumed hearing cases, starting with evictions filed before the statewide pause and slowly catching up with the backlog. In El Paso County, Justice of the Peace Josh Herrera said COVID-19’s economic fallout is going to prompt many eviction cases, which he said were already wrenching to preside over.

“In my court I follow the law, and the law can be very black and white,” Herrera said. “You hear the saddest of cases.”

The statewide eviction moratorium ordered a cease in eviction hearings, but tenants are still responsible for rent they haven’t paid. Some cities and counties established temporary grace periods for tenants to catch up. But in parts of the state where leaders didn’t create these grace periods, the state’s property code allows landlords to evict even if the tenant comes up with what they owe before the judicial process finishes playing out.

“Nothing prevents the landlord from saying ‘Hey, I’m not taking your money,’ even if the tenant has it all or even if they want to offer more. And that really puts a burden on tenants,” Chu said.

In addition to rigid laws, rental contracts can also be difficult to understand, says Judge Jeff Wentworth in Bexar County. Lease agreements, often complex and written by landlords, dictate how tenants and landlords are supposed to communicate if they run into issues.

“So the cards are stacked, frankly, against the tenant from the get-go,” he said.

The contract most commonly used by landlords was created by the Texas Apartment Association, which acknowledges that it is a long and complex document. David Mintz, vice president of government affairs with that industry organization, said that renting property is a complicated relationship and there are a lot of aspects to cover, though recent iterations of common lease agreements have been updated and shortened.

“We try to avoid legalese, we try to have it in a logical progression that addresses issues coming up during rental relationships, try to have it broken up as readable as possible,” Mintz said.

When a landlord wants to remove a tenant, the first step is to provide the tenant a notice to vacate. That document typically tells the tenant that if they don’t pay past-due rent or vacate the unit, the landlord will file for an eviction. But many tenants don’t realize that this is not the actual eviction order. That doesn’t come until after a case is filed, a hearing is held and a justice of the peace has ruled in the case.

“They start packing because they do think that three days is all they have, and we try to explain to them that a notice to vacate begins the process, but they’re not required to leave until a court order is signed,” said Lizbeth Parra-Davila, a housing fellow at the University of Texas School of Law.

There are many other reasons why tenants prematurely move out. In Texas, an eviction can appear on a tenant’s record from the moment it is filed. That makes it difficult for tenants to find new homes even if they have not yet been evicted, said Linley Boone-Almaguer, an attorney at Texas RioGrande Legal Aid.

Some renters also self-evict because of misconceptions they harbor surrounding the consequences of an eviction filing, including that it can lead to a tenant losing custody of their children, being fired from their job or going to jail, said Boone-Almaguer. Others, like undocumented tenants, fear deportation and try to avoid going to court altogether.

“And so we try to educate people,” she said. “Because time means so much when you’re facing homelessness.”

One of the problems in Texas that Judge Jeremy Brown in Harris County said lawmakers should address is the lack of legal representation for tenants. Although tenants can hire attorneys, this rarely happens. The state provides lawyers for criminal cases but not civil cases, such as evictions.

“I’ve been on the bench since November 2018, and I can count on one hand the folks that had a lawyer,” Brown said. “We have some other legal aid providers, but the needs far outweighs the demand.”

For tenants affected by COVID-19, a lawyer could help identify if the building is protected by the moratorium included in the CARES Act, which halted evictions in low-income housing and properties backed by federal loans until the end of July.

Attorneys might also be better at spotting if the landlord didn’t follow the right steps during the eviction process or breached the rental contract. Some cities, like San Antonio, have tried to solve this problem by funding legal assistance for people facing eviction.

Texas doesn’t give tenants time to catch up on past-due rent, or what is known as the right to cure default. During the pandemic, moratoriums didn’t erase back-due rent, and it is estimated that thousands of tenants are late on their payments. Only a few cities, like San Marcos and Austin, established grace periods that will allow tenants to catch up.

“If the goal is to have equity in our society, at a minimum Texas needs an opportunity to cure default,” said Sandy Rollins, executive director of the Texas Tenants’ Union.

Rollins said that her organization and other housing advocates have tried for years to change state law so renters have more rights.

“We have a very long list of reforms needed to pass in Texas in terms of leveling the playing field,” Rollins said. “Most sessions we get something passed, but in terms of big leaps forward for equity, there’s a lot still to be done.”

Local governments, nonprofits and legal groups in the meantime are setting up programs and hotlines in anticipation of an influx of people facing the complicated eviction process.

The city of San Antonio is offering onsite rental assistance to tenants at the justice of the peace courts. The St. Mary’s Law Consumer Protection Clinic and the San Antonio Legal Services Association are trying to help as many clients as possible negotiate rental payments between landlords and tenants so situations can be handled without involving the courts.

In Dallas, the Southern Methodist University School of Law’s Civil/Consumer Clinic has partnered with Legal Aid of Northwest Texas and a grassroots organization called DallasEvictions2020.com to launch a help line to aid North Texas residents with COVID-19 concerns, including housing.

Mark Melton, the founder of DallasEvictions2020.com, said the help line has received between 15 to 25 calls per day since its launch in mid-March, but he expects more calls in the coming weeks and a “fairly large influx of eviction filings en masse” once the federal moratorium lifts on people living at properties financed through certain federal programs.

Brown, a justice of the peace in Harris County, is just now beginning to hear cases that were filed before and during the pandemic. But, like many advocates and lawyers, he hopes that the pandemic’s economic crisis will lead to changes in state law.

“During COVID, issues are being highlighted that were already there,” he said. “Hopefully when our Legislature goes back in session in 2021, they will remember these issues that were highlighted and make substantive changes to the betterment of all people.”

This story was produced in part with funding from the Ravitch Fiscal Reporting Program at the Newmark Graduate School of Journalism and is part of a national project on how adequate state safety nets are for the pandemic recession.