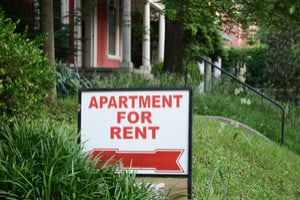 The coronavirus disease pandemic has already taken a punch at rental apartment owners, and it’s going to get rougher.

That’s the skinny on the Summer 2020 report from Yardi Matrix entitled, “COVID-19 Weighs on Multifamily As Rents Fall—And More Pain Is Coming.”

“After years of strong fundamental performance, the COVID-19 pandemic injected a huge amount of uncertainty and volatility into multifamily that the market will have to deal with for months or even years to come,” concluded Yardi Matrix Vice President and General Manager Jeff Adler, Director of Research and Publications Jack Kern, Editorial Director Chris Nebenzahl and Director of Research Paul Fiorilla.

It hasn’t been as bad as it might have been — yet — because of the federal subsidy for unemployment income, which boosted payments by $600 a week. But with that set to expire, concern is growing about late or missing rent payments ahead.

“Expectations of calamity—such as widespread non-payment of rents and loan delinquencies—did not come to pass. Tenants were subsidized by emergency unemployment aid, which ends in July,” the Yardi Matrix team said. So trouble looms on the horizon.

“At the same time, initial hopes for a ‘V-shaped’ recovery were too optimistic, and the effects of the pandemic will linger until the population is confident about health measures,” the researchers said. “The U.S. economy is in recession, although the pain is not evenly spread. More than 50 million Americans filed jobless claims between March and the end of June due to business closures, with low-wage service workers bearing the brunt. Companies began rehiring in May, but the unemployment rate remains elevated, at 11.1% in June.”

Overall rent levels dropped for the first time since the global financial crisis that caused the Great recession of 2008, the researchers said.

More troubling, perhaps, is a noted shift in demand from luxury units aimed at those who could afford to buy but opt for flexibility to lower priced “rent-by-necessity” housing for those who lack the wealth to buy. The supply is weighted toward the luxury end, the researchers said. And building of lower priced rental units is inhibited by the cost. Plus new development of all kinds has been delayed.

“The pandemic will weaken the supply pipeline and delay projects that have not yet started construction,” Yardi Matrix said. “The economic focus now shifts to two key factors: how soon a vaccine is developed and how seriously the American people take the virus over the second half of 2020 and into 2021.”