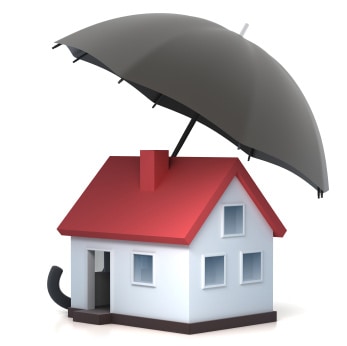 Insurance costs for multifamily property owners increased significantly last year and have continued to escalate in 2020, making a difficult time even tougher for landlords.

“In 2019, [property insurance] rates went up 10% to 40% in multifamily,” says Garrett Maloney, vice president at TBM Multifamily, a national insurance brokerage. “Many in the industry thought that carriers were taking the rate that they needed in 2019. In 2020, we’ve also seen an increase in rates of about 10% to 40% so it’s compounded the issue.”

Insurance premiums for apartment properties have increased more than other real estate sectors, according to insurance experts.

A key reason is insurers have seen big losses in their multifamily business. On the property side, hurricane- and hail-related losses have risen. There have been large losses on the liability side with property owners being found liable for different crimes and events that have occurred on their properties.

“Carriers are either leaving the market entirely, or, if they stay in, they’re doing their best to cherry-pick best-in-class portfolios and raise rates,” Maloney says.

Waterton, a large market-rate apartment owner, has seen a minimum of 10% to 20% increases in property insurance across its portfolio, according to Erin Ankin, general counsel.Ankin and others expect to see similar increases going into 2021.

“We’re in the second year of a market that’s been difficult with property insurance premiums for multifamily owners and operators,” says Marc Reisner, head of the Multifamily Center of Excellence at Marsh, a leader in insurance brokering and risk management. “Last year, there were significant corrections taking place, meaning insurers were looking at programs and changing them pretty dramatically, so you would see wild ranges of price increases.”

In addition, deductibles were increasing, and carriers were putting more burden on owners to take some of the risk via aggregates.

Fast-forward to 2020, premiums have continued to rise, but the level of increases seems to have stabilized, Reisner says.

Having more predictable premiums would be a big help for apartment owners in this challenging environment.

“We saw the initial signs of premium increases last year,” says Tim Allen, CFO and senior vice president at Dominium, one of the nation’s largest affordable and mixed-income housing developers. “For us, it was a bigger impact in August 2019, which covered us through July of 2020. Coming into this August, we were looking at more of a 10% to 15% increase versus the prior year, which was about 20%”

The Minnesota-based firm, which owns more than 32,000 units of affordable housing, has enough scale and breadth to self-insure the first layer of coverage, which it previously would have bought from third-party companies. Dominium has long carried some self-insurance, but it has increased its layers in recent years.

“We’ve reduced the amount we are buying outside and kept higher deductibles and high retentions because we think the market has been overpricing for the risk,” Allen says.

For affordable housing owners, there’s some good news. A small group of insurers has been very aggressive about writing well-maintained low-income housing tax credit (LIHTC) portfolios, and many of these portfolios have been insulated from the premium increases felt elsewhere in the multifamily market, according to Maloney.

He notes that captive insurance programs may also be a viable alternative given recent rate increases.

At the same, misconceptions about affordable housing still scare some underwriters away.Insurance is driven by conditions just like other financial markets, explains Ted Brown, executive vice president of Lockton Cos., a global insurance and risk management firm.

“If you look at the anatomy of an insurance market cycle, it usually starts with an event or series of events,” he says. “On the property side, it could be a series of events like natural catastrophes.”

Such events can erode carrier profitability. These carriers historically have been able to offset this erosion with investment returns from long-term bonds. However, in recent years, these returns have not offset a drop in profits due to losses.

When carriers become more dependent on underwriting income, they react with increased pricing and restricted capacity for loss-prone industries. “You may see, specifically for affordable housing, which carriers consider a loss-prone industry, a lot of capacity being taken out of the market. It then becomes a supply-and-demand issue. You have limited capacity with the same amount of demand, and therefore you have cost increases that usually occur,” Brown says.

Over time, the market starts to stabilize again, capital returns, competition increases, and rates come back down.

“In affordable housing specifically, we’ve gone through the initial stages of a property market cycle, where we saw premiums increase,” says Brown, who oversees Lockton’s affordable housing practice. “Right now, we’re at a point where the property market will start to stabilize. One reason is capital is coming back into the marketplace. Private equity and institutional capital is being injected into the insurance marketplace. That usually takes about 12 to 18 months before we see the effect of this on pricing.”

On the liability side, the multifamily housing industry is still in the initial stages of a new market cycle, according to Brown.

“Liability is different from property from an insurance perspective,” he says. “You can have a liability claim occurring at a property now, and you won’t find out about it for a year, maybe two years or more. There’s a lag when claims occur and when they get reported, paid, or settled.”

When you combine this with factors like “social inflation” taking place with juries handing out big awards for routine cases, carriers become concerned with their underwriting profitability.

The market is tentative because it doesn’t know the potential exposure it has at this time and, short of tort reform, sees social inflation continuing on its current trend line.

What that means for apartment owners is that deductibles and retentions are going to be pushed by carriers. They’ll also have to prepare for cost increases to continue for the next couple of years, according to Brown.

There’s been a little more stability on the primary liability side, says Marsh’s Reisner. He estimates that Marsh’s book of business has seen an average 10% increase on primary liability coverage but also pressure for an increase in retentions.

However umbrella liability has seen significant increases, in some instances, in excess of 100%, he says.

While it’s still difficult to forecast, both property and liability insurance rates will likely continue to increase in 2021, Reisner says, noting that Marsh is working with its multifamily clients to differentiate their risks and minimize impact.

It’s also getting tougher on the liability side because carriers have started to add assault-and-battery exclusions in their policies.

‘Many owners don’t realize that exclusion is buried in their policy,” Maloney says, noting that lenders and LIHTC syndicators may also miss that change when reviewing coverage.

The Impact of COVID-19

While the latest premium increases were under way before the COVID-19 crisis, the pandemic has added a new layer of unpredictability to the market.

“Whenever there’s that uncertainty, carriers will pull back their capacity slightly, meaning the capacity they have for your insurance program becomes more expensive across the marketplace,” says Brown.

The long-term effects of COVID-19 may not result in sustained cost increases but rather restrictions in policy language, he says.

Insurance companies have taken the stance that losses related to viruses are excluded in their insurance policies, adds Maloney.

Moving forward, insurers will be increasingly careful to not pick up any pandemic-related exposures. “If it wasn’t written in before, they will be going forward,” he says.

Maloney adds that there’s been talk about establishing a pandemic insurance program within the Treasury Department, a move that may help to fill gaps left by the private market.

Multifamily property owners can take action to try to keep insurance costs down.

If a property owner has an insurance loss, he or she needs to get it closed out quickly. In addition, the owner should document the measures taken to prevent it from happening again.

“If you can show underwriters that you are proactive, it goes a long way,” Maloney says.

On the property side, examples can be installing anti-hail netting or fire stops above stoves.

It’s also important to routinely inspect the properties with safety in mind. This includes having good lighting, stairs and banisters in good condition, and curbs and walkways that are well maintained, adds Brown. A strong loss-prevention strategy will not only prevent claims but will be attractive to insurers. Making sure loss control policies and procedures are incorporated in your renewal communications is critical. Additionally, whenever possible, having direct discussions with your insurance carriers about these items always pays off. Further, being educated and prepared on how underwriters will view and price your exposure well before renewal is critical to negotiating the best deal and setting expectations, Brown adds.

The Waterton team is engaged in a full marketing process that includes getting out and meeting with underwriters directly. “We have a good story to tell,” Ankin says. “We are also pursuing alternative structures and carrier options to ensure our insurance programs provide our required coverages at the most competitive prices.”

At Dominium, officials are concentrating on safety and loss prevention. “We’ve created an internal risk management group, and it’s focused on loss prevention, best practices, and procedures as it relates to different issues, including snow removal, cleaning, and COVID -19 standards,” Allen says.

Dominium is also keeping a close eye on the cost of construction and the replacement of building items. “When things are damaged or when we’re building, we’re doing it with a view toward making things last longer and less susceptible to damage,” Allen says. “We want to minimize actual costs of repair and replacement because that reduces your claims.”