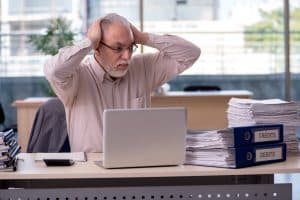 The days of rent discounts and “pandemic pricing” are over as rents across the US climb back up.

The national median rent rose to $1,302 in September, up 15% from a year ago, according to a report from Apartment List, a rental listing site.
After falling for much of 2020, rents are now rising much faster than before the pandemic. Since January, the national median rent has increased by 16.4%. From 2017 to 2019, a more typical rent increase during those months was 3.4%, according to the report.
In September, rents remained below pre-pandemic levels in just five large cities: San Francisco, Oakland and San Jose, California, as well as Minneapolis and Washington, DC.
But the meteoric rise in rents may be starting to show signs of cresting.
Boise, Idaho, which saw the biggest increase in rent during the pandemic — up nearly 40% since March 2020 — did not see a monthly increase in September. Instead, according to the report, the median rent in Boise fell by 0.1%.
That’s hardly much relief for Boise renters, but, according to Apartment List’s report, it may begin to signal that the market is starting to stabilize.

“What is happening now is a massive rebound in rents,” said Anthemos Georgiades, CEO of Zumper, a rental listing site. And much of that rebound has come through steady increases throughout 2021, he said.
Several factors contributed to the higher rates, he said, including people coming back to urban cores for in-person work and school, would-be homeowners remaining renters because they are priced out of buying a home and an overall lack of housing.
Rents are climbing fastest in Sun Belt cities like Phoenix, where rent for a one-bedroom apartment was up 22% year-over-year in September, according to Zumper.
Nearby, Scottsdale’s one-bedroom median rent rose to $1,850 in September, up 23% from last year, according to Zumper’s analysis.
Overall, Sun Belt cities posted the strongest rent gains in the country during the end of the summer, according to a report from CoStar Group, a real estate data company that owns Apartments.com.
Rents in this region were pushed up by robust economic recoveries and newcomers moving to the area, according to the report.
“Sun Belt markets were already seeing good growth pre-pandemic and they are the standouts now,” said Jay Lybik, the national director of multifamily analytics at CoStar Group.
Other cities seeing rent increases are those that aren’t the major city in their region — like Fort Lauderdale, Florida, or San Diego, according to Zumper.
“Maybe people don’t need to live in Miami or Los Angeles, but they still want to be close,” said Georgiades. Nearby cities often offer a lower cost of living, larger square footage and an attractive lifestyle. “Only a minority of people will be fully remote going forward. The proximity is a realistic alternative for many people.”

Rents in the two most expensive markets in the country, New York and San Francisco, cratered during the pandemic. Now both are coming back, with San Francisco lagging a bit behind.
The borough of Manhattan is heating up the most in New York City, said Nancy Wu, an economist at StreetEasy. “Manhattan residents were more mobile and had the ability to move. That’s where we saw the biggest drops in rents [during the pandemic] and the biggest gains back up in the city.”
Prior to the pandemic, rents in San Francisco were more expensive than New York and there was less inventory. San Francisco may not be coming back as fast as New York, Wu said, because the Bay Area’s tech industry might not require workers to be in the office to the extent the financial firms in Manhattan do.
Still, she said, New York and San Francisco have more in common than they do with other parts of the country. “They are different than Midwestern and Sun Belt cities that were relatively more affordable and have seen big rent growth.”
Rents are not as strong in New York as some analysts thought they’d be at the beginning of the summer due to the ongoing threat of Covid-19.
“That still leaves a lot of good deals for renters,” said Wu. “You can still negotiate.”
The median rent in Manhattan was $3,255 in August, according to a report from brokerage firm Douglas Elliman and appraisal firm Miller Samuel. That’s up 1.5% from July, but still 3.2% below last year.
Demand is bouncing back, however, according to Jonathan Miller, President and CEO of Miller Samuel. Even though leasing activity was strong heading into the fall, said Miller, it was more muted than expected.
“At the start of the summer, there seemed to be consensus among corporate America that in-person work would resume in the fall,” said Miller. “That consensus is much more diffused. Start dates are being kicked down the road, often to January and into the new year.”
That uncertainty can be seen in the rental activity, he said.
“Instead of having this moment that was going to be a light switch, when things were back to business in a significant way, that has become less of an obvious outcome,” said Miller. “Now there is more uncertainty.”
Source: CNN Business

Read more
The Bar Has Been Raised...
Consumers who use sites such as Amazon, Grubhub, expect their experience to be that good everywhere...
Read more
Office-to-Housing...
Eighteen months into the pandemic, offices in the Washington D.C. Metro remain overwhelmingly empty....
Read more
Philadelphia to pilot...
A program to guarantee legal representation for low-income tenants in eviction court will pilot this...
Read more
FHFA to make desktop...
FHFA Acting Director Sandra Thompson also announced expansions to the eligibility requirements for...
Read more
Court rules that an...
Real estate agents might want to be more careful about when they hit that ‘send’ button, as...
Read more
Turnkey properties:...
Anyone who has watched House Hunters knows the term “turnkey home.” Usually one member of the...
Read more
How to Fill Vacancies...
A rental vacancy can cut deeply into a property owner’s cash flow. For each month that your unit...
Read more
Landlord’s Guide to...
Whether or not you’re a pet lover, pet-friendly buildings tend to be much more attractive to pet...