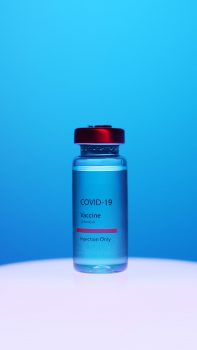 Management at Philadelphia’s luxury Parc Rittenhouse sent residents of the complex the link to register for vaccine appointments at the massive new site operated by FEMA at the Pennsylvania Convention Center. Appointment invitations were intended to go only to certain essential workers, and the link was not meant to be shared by those who received it.

In the email sent to residents Monday in which he shared the link, Parc Rittenhouse building manager Jeffrey Webb also wrote that the building will be “arranging for a local pharmacy to schedule a vaccination clinic on site shortly.”

When contacted by WHYY News, Webb declined to comment. It’s not clear how many residents in the 266-unit building were able to schedule appointments through the link for the FEMA clinic.

The city has said it purged hundreds of unauthorized sign-ups coming from people who were not eligible. Nowhere on the sign-up sheet were eligibility requirements outlined, and the Department of Public Health has said it is working on a technical fix to prevent future links from being shared with unintended recipients.

Parc Rittenhouse was developed by City Councilmember Allan Domb, who owns a dozen units in the building and sits on the condo board. Domb said that he wasn’t aware of the email, but that anything going around should have included the city’s prioritization scheme, which the Parc Rittenhouse message did not.

Domb has been a staunch proponent of mass vaccination sites in Philadelphia, pushing the Kenney administration to open one at Lincoln Financial Field. He criticized the administration for placing too much emphasis on partnerships in the vaccine rollout and not operating out of a centralized city system, which Domb said would give the Health Department a better handle on equity and volume of distribution.

“We went into this process providing to third-party providers the vaccines,” Domb said. “We hoped and prayed they would do the right thing. Many did, a few did not. You can’t give up control — you need to control it.”

The Parc Rittenhouse communication is part of the latest trend in the mad scramble for COVID-19 vaccines: Apartment buildings and condo associations across Philadelphia are arranging vaccinations for their residents. In many instances, health officials and experts view this as a good thing: It increases access for seniors and other high-risk groups that may have trouble seeking out the vaccine on their own. But trusting vaccine providers to determine eligibility outside of city control also leaves the door open for the most vulnerable people to get skipped over.

The city Health Department is encouraging pharmacies and other vaccine providers to partner with community groups, including apartment and condo buildings, to distribute the vaccine where it’s convenient for people to get them, especially if many residents are seniors and may have mobility issues. Department spokesman James Garrow said it’s incumbent on the vaccine providers to make sure the doses are going only to those who are eligible.

“Our agreement with them is they can vaccinate whomever they want, wherever they want, as long as they’re following the current prioritization scheme,” said Garrow.

Right now, that means people in Phases 1A and 1B: health care and other essential workers, those with chronic conditions, and those living in congregate care settings.

The trouble is some apartment complexes are interpreting all of their residents to be eligible, regardless of age or health status, by virtue of living in “congregate care” settings. That designation is not intended for private residences such as apartments, Garrow confirmed. Instead, it’s meant to refer to prisons, homeless shelters, drug and alcohol treatment centers, psychiatric facilities, rehabilitation centers, and specialized services housing.